Businessman Ammar al-Sharif works in the shadows. Since he was presented with his bachelor’s degree in economics, he has provided significant support to Rami Makhlouf and his father-in-law, the Syrian Ambassador in Romania, Walid Othman. He is one of the most prominent invisible men used by Rami Makhlouf. Walid Othman and his two sons Qaswara and Ali are participating in several companies in Romania. Moreover, Ammar is one of Nader al-Qalai’s partners.

Ammar al-Sharif is active in the banking, insurance, and hospitality sectors:

He also owns Ticari SAL, an offshore company in Lebanon, where the two businessmen Samer Murtada and Adnan al-Ali are board members.

In 2005, when Nader al-Qalai established a branch of his Lebanese company Rock Invest Holding SAL in Bucharest under the brand name KFT Domicilium, Sharif was the mother company’s representative, in collaboration with Qaswarah Othman, son of Walid Othman, the Syrian Ambassador in Romania.

As a result of his extensive activity in suspicious businesses that support the Syrian regime, Ammar al-Sharif is mentioned in the Paradise Papers leaks and the Panama Documents published in 2016, by the German newspaper Süddeutsche Zeitung and the International Consortium of Investigative Journalists (ICIJ) in 2016. Those papers accused him of “collaborating with Rami Makhlouf” in registering multiple shell corporations in remote tax havens, which allowed him and his family and close friends, to evade the sanctions imposed on him, and because of that, his name was listed in the EU sanctions of 2016.

Below is an illustration of Ammar al-Sharif’s interconnected relations. 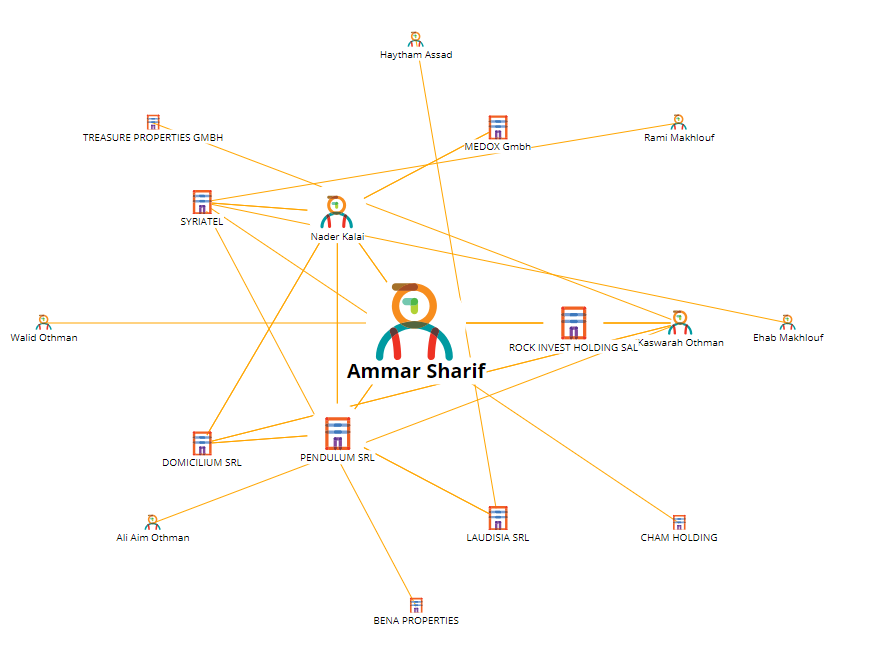 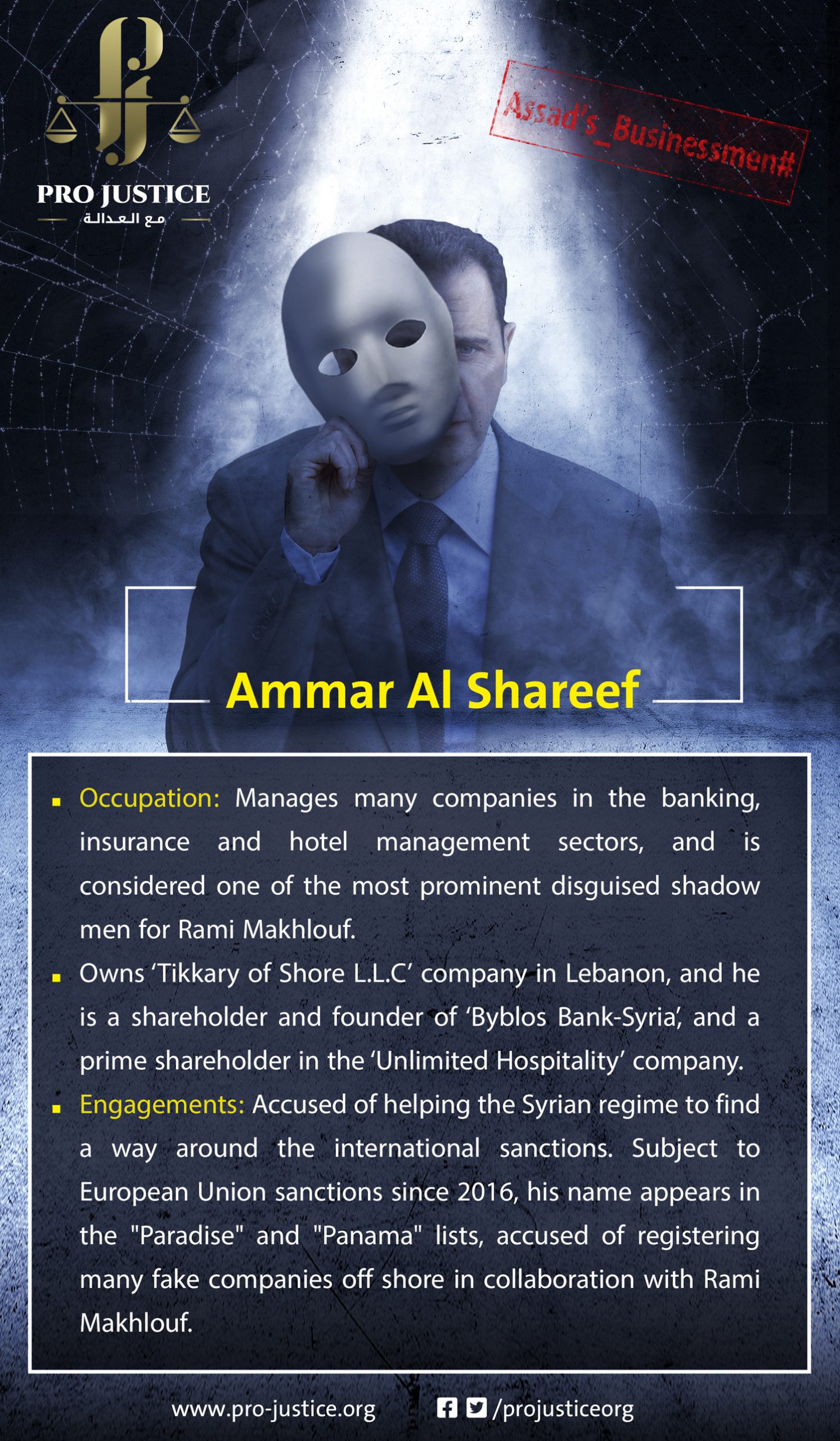