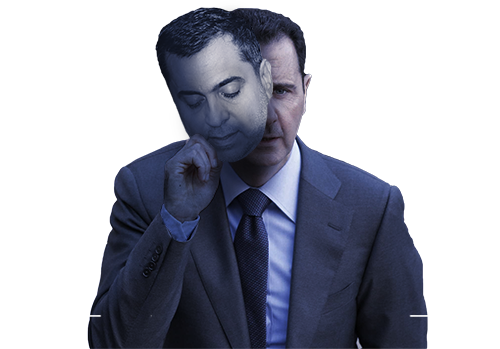 Ayman Jaber had not been known before the revolution in Syria, except maybe for the Assad family. Jaber shared a life of poverty with his parents, three brothers, and two sisters in the village of al-Shilfatiyah in rural Lattakia. He became involved in smuggling, and became acquainted with Fawaz al-Asaad, who dominated the port of Lattakia and imposed fees on goods entering and leaving Syria.

Jaber quickly gained prominence. His relationship with Maher al-Assad strengthened through Jaber’s marriage to the daughter of Kamal al-Assad, Bashar al-Assad’s cousin.[1] This marriage alliance opened the gates for illicit business opportunities. Jaber began amassing a huge fortune smuggling of tobacco and oil for the Iraqi regime in the 1990s. Jaber made his wealth through the “Oil for Food” program, smuggling Iraqi oil “outside the UN program” through the port of Lattakia and Tartous in the interest of the Saddam Hussein regime.

This business aided him in founding the Council for Iron and Steel in Syria, investing in contracting operations, and helping found the Cham Holding company, owned by Rami Makhluf, Assad’s cousin. Jaber also helped found the al-Dunya satellite channel, and owns the Arab Iron Milling Company in the Jableh area. He was also a member of the Arab Iron and Steel Union, and was honorary president of the Wafaa lil-Watan Association (Loyalty to the homeland), which provides aid and support to the families of regime fighters killed in the war.

Because of his financial activities and his support for militias, the United States[2] and the European Union[3] have listed him on their economic sanctions lists. His funds and assets have been frozen and he is prevented from traveling.

With the outbreak of popular demonstrations in March 2011, Ayman and his brother Muhammad formed “National Defense” brigades under various names. The most important of these were Suqur al-Sahra’ and Maghawir al-Bahr. Jaber paid these militias fighters, and is also accused of converting his ironworks in Jableh into a factory for barrel bombs, which Assad used to bombard opposition areas. 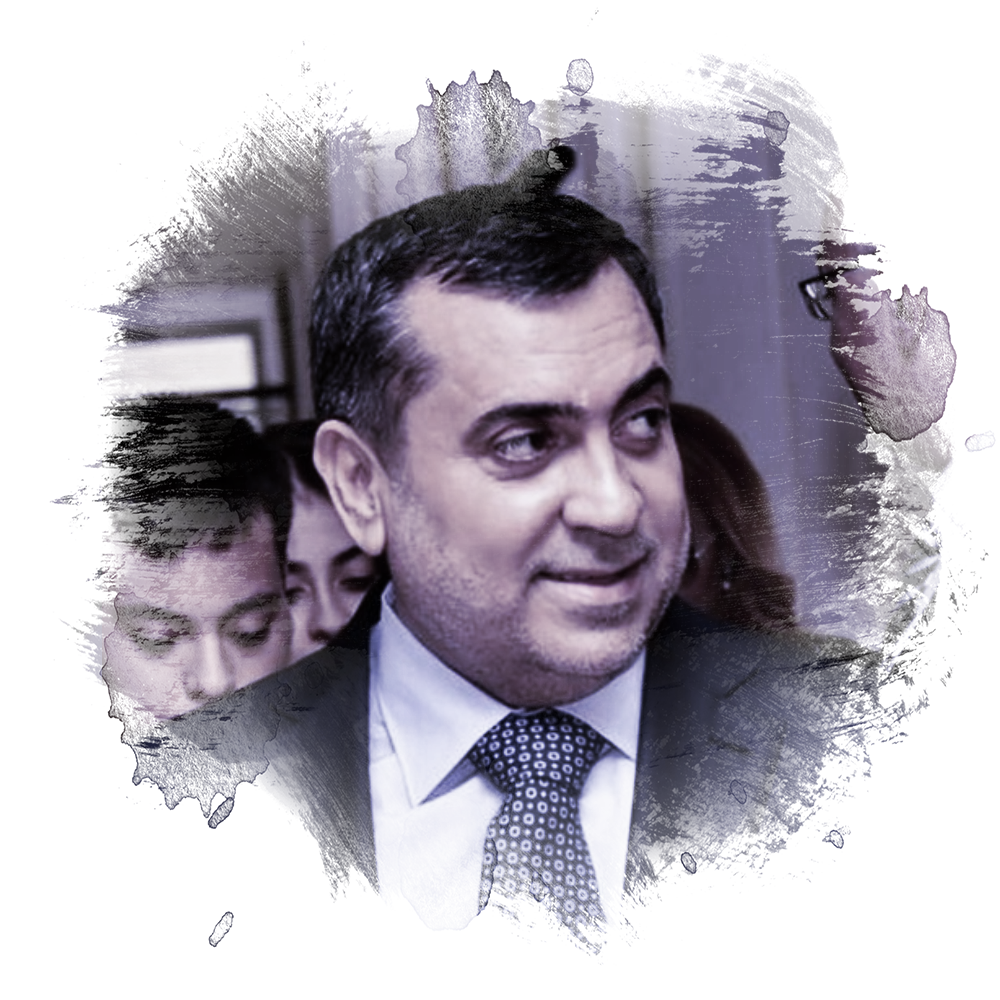 Sources indicate that Ayman Jaber was involved in violations against civilians in Lattakia, where his militia engaged in arresting hundreds of youths, besieging the Palestinian al-Raml area, engaging in criminal behavior, expropriating real estate, and forcing the owners of commercial establishments to pay fees to him and his men.[4]

The criminality of Jaber’s militias led Bashar al-Assad to summon him to Damascus in 2016 and warn him that all of his movements were under surveillance. This led Jaber to strengthen his relationship with the Russians, who provided advanced training to his militia, Suqur al-Sahra’.[5] Russia also depended on these militias in the battles for the deserts of Palmyra and al-Sha’ir, and in the battles for Raqqa and the eastern Homs countryside. Jaber and a number of his fighters were given honors by the leader of Russian forces in Syria, Alexandr Dvornikov, following the seizure of control of over the village of Raba’iyyah in the Lattakia countryside by Assad’s forces.

The corruption of Jaber and his brother Muhammad have caused international embarrassment for the regime. The “Paradise Papers” published by Germany’s Süddeutsche Zeitung newspaper, on November 2018, revealed their involvement in tax evasion as shareholders of Lebanon’s Offshore Company.

Jaber’s relationship with the Russians and Iranians led Bashar al-Assad to quash Ayman Jaber and break up his militias. Jaber was arrested in May 2018 amidst a security campaign launched by the regime in the city of Lattakia that aimed to arrest individuals wanted by law enforcement, corrupt individuals, and bribe-takers. Jaber is still under house arrest in one of his homes. 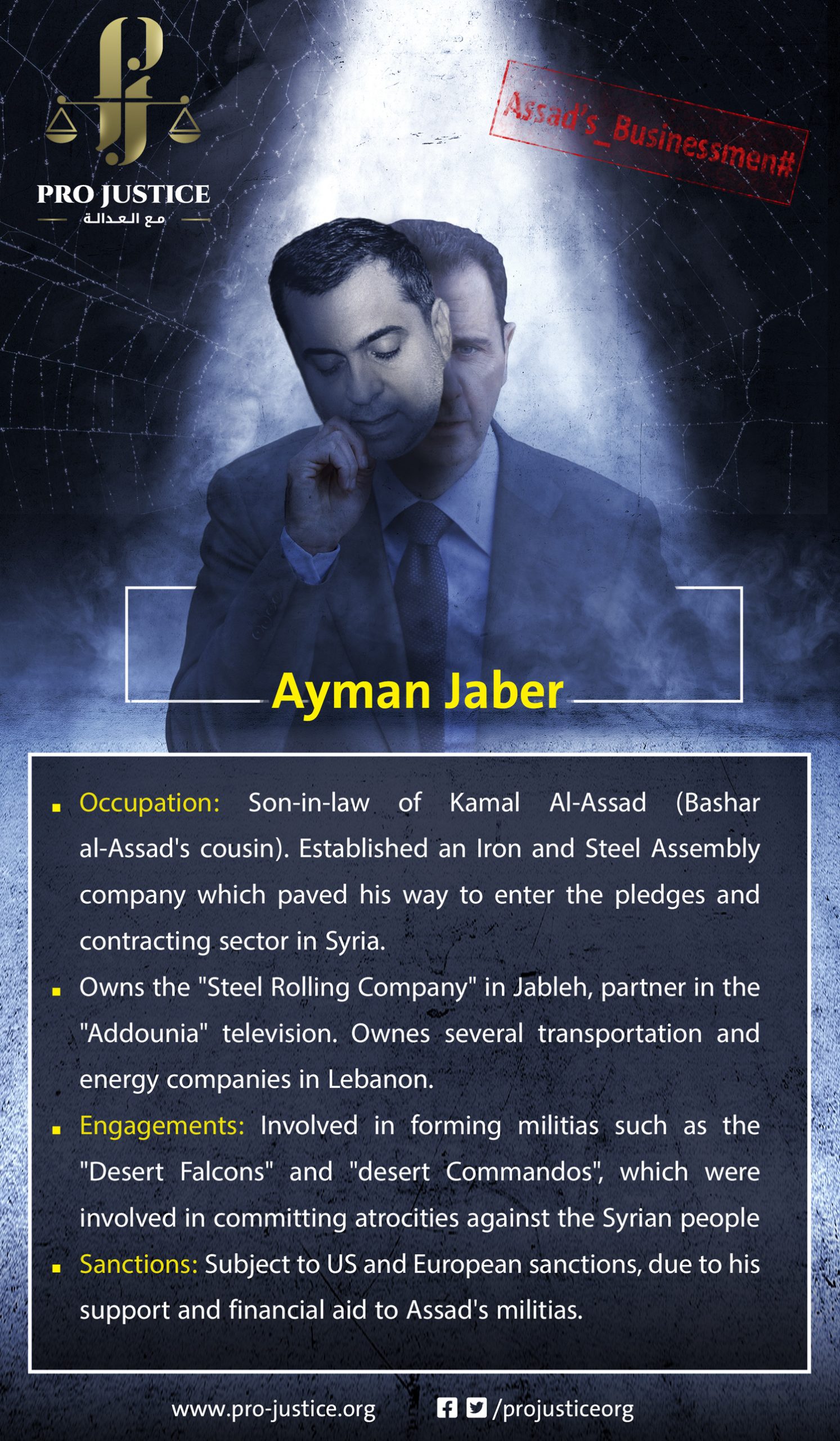