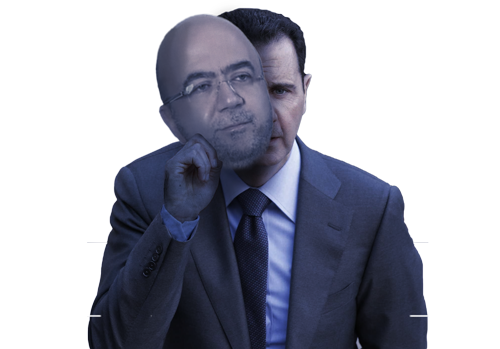 Bade’ al-Droubi (b. 1966, Homs) holds a degree in dentistry and a Master’s degree in business administration and has been a member of the Syrian People’s Assembly since 2012. He is the founder and chairman of the al-Droubi Group, in addition to several other companies, including: 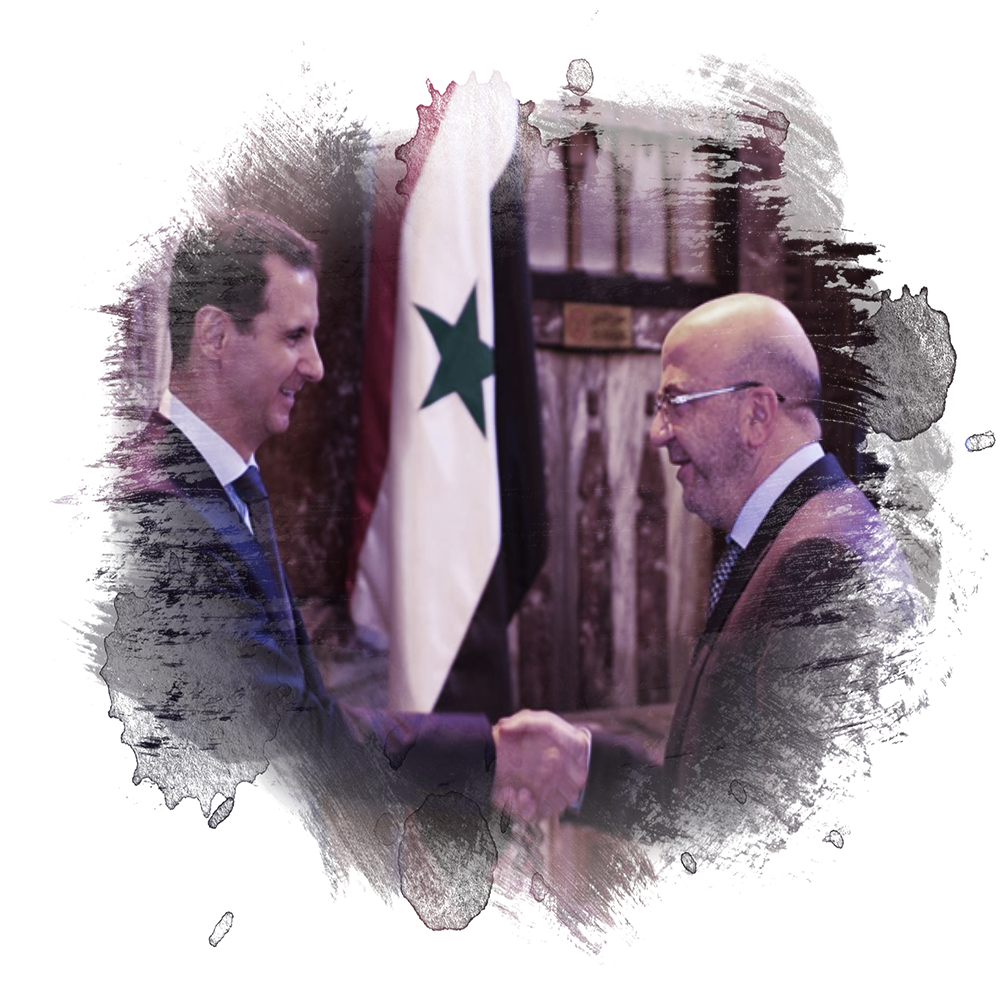 Droubi is one of Rami Makhlouf’s business fronts, and covered for Rami’s name in the ownership of several companies and also funded a few militias in Homs city.

Although his shares in the al-Aqaila company are less than three percent, he has been its chairman for several years now.

Ihab Makhouf (Rami Makhlouf’s brother) used to be his vice-president before he withdrew to attend to his other businesses. Another partner who is on the board of directors is Abdulhamid Dashti, a pro-regime Kuwaiti businessman. He also enjoys close ties with Nahid Murtada, a businessman of the United Builders Company, who, being an engineer himself,  is in charge technically  of t he shrine of Sayyida Zainab, and a member of the Syrian-Iranian Chamber of Commerce.

In addition to his close association with many sectarian regime-supporting figures, Droubi is a partner with Saleem Alton in the companies Ugarit and Sama Syria. As a result of these multiple partnerships and unlimited support for Bashar and Maher al-Assad, the regime appointed him as a member of the Syrian People’s Assembly for two consecutive terms. 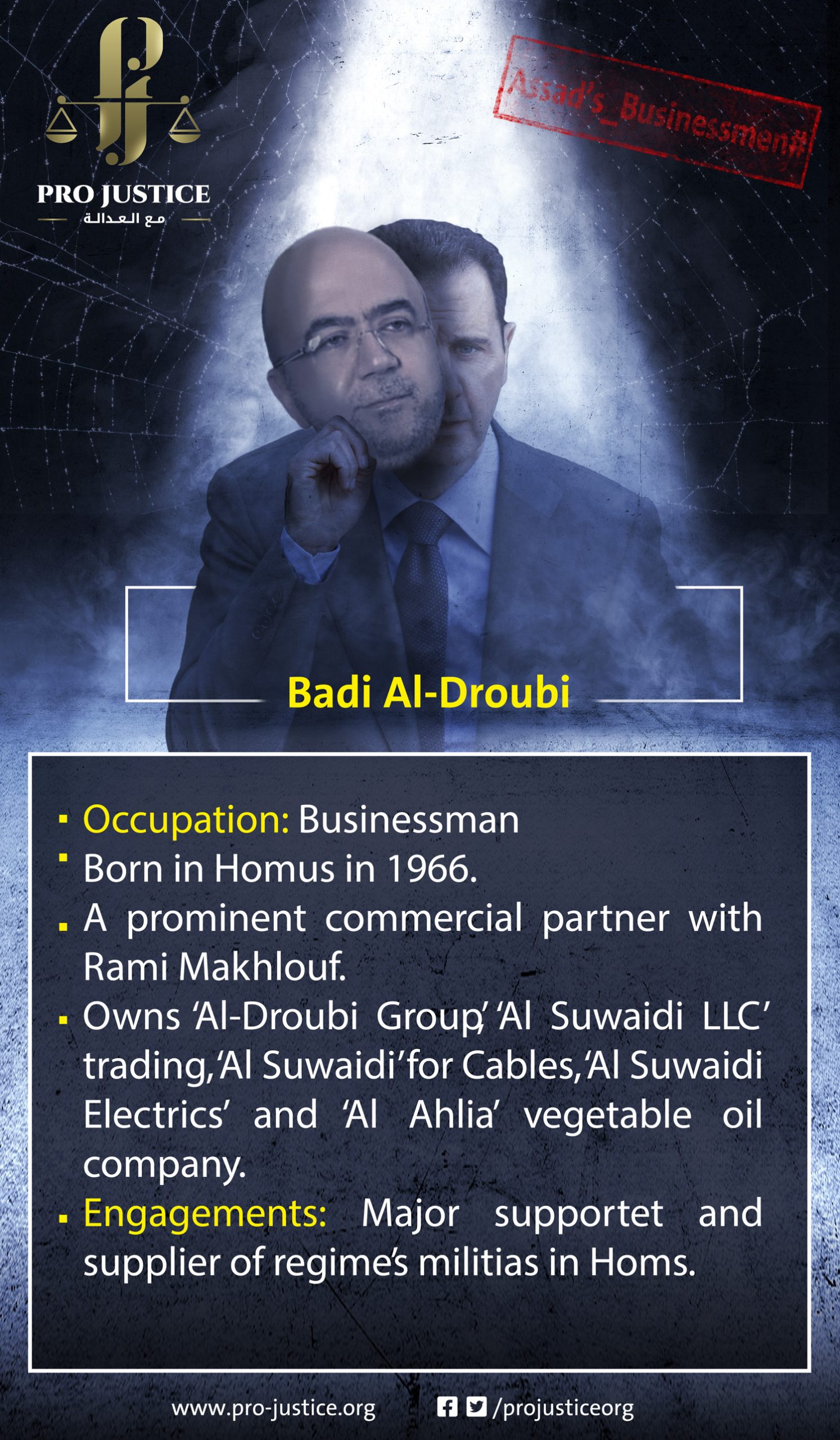