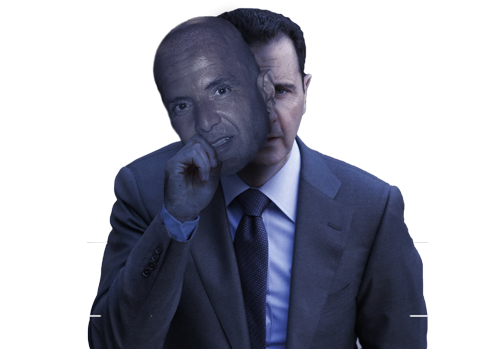 Muhammad Bashar bin Muhammad Bashir Kiwan was born in Kuwait City in 1967. He received a Master’s degree in Economics from the University of Montpellier in France. He married a French woman and received French citizenship.

Kiwan has a number of companies active in the fields of publicity and advertising. He  benefits from his close relationship with Majd Suleiman, son of Major General Bahjat Suleiman. He acts as an arm of the Assad family network, helping it launder money and evade sanctions.

Bashar Kiwan is a founding partner in the following companies: Dagher and Kiwan for General Commerce, Mathematical Engines, Waseet International, and United Group (UG), alongside Majd Bahjat Suleiman. He is also the manager of AWE Holding in the Dubai Global Financial Center in the United Arab Emirates.

In 1992, Bashar Kiwan established the newspaper al-Waseet al-Mubawwabah in Kuwait, which was his springboard toward the world of business. The newspaper evolved from a weekly Kuwaiti classifieds publication to a widely circulated newspaper in Jordan, the Emirates, Bahrain, Qatar, Oman, Lebanon, and Egypt. Versions of it were published under the name al-Waseet in Saudi Arabia and Syria.

The partnership between Kiwan and Majd Bahjat Suleiman quickly developed in the world of commercial media through the establishment of the United Group for Advertising and Publishing, which published a number of technical and advertising newspapers and magazines in Syria, and in a number of Arab states, including Layalina, Baladna, Top Gear, Marie Claire, Fortune, al-Wasilah al-I’laniyyah, Concord Media for Road Advertisements, and the al-Balad newspaper in Lebanon and Kuwait, in addition to the al-Waseet advertising newspaper, which was the backbone of the group.

All of these newspapers have a license for publication in numerous Arab and African states. Majd Suleiman aspires to enter the U.S. and European markets as executive director of the AWA Group. There is also a partnership between Kiwan and Suleiman in the fields of communications, banking, tourism, and real estate.

Sources indicate that Kiwan and Suleiman exploit their political influence to establish wide relationships with the political leaderships of many states. They are closely linked to the son of the former prime minister of Jordan. They attempted to establish a partnership with him, but the Jordanian secret police intervened and prevented this. Still, they succeeded in exploiting their relationships to secure the right to publish the Saudi version of the newspaper al-Hayat for a short period. The publication license was then revoked from Kiwan and Suleiman because of their publication of reports and news that encouraged tourism to Jewish archaeological sites in Saudi Arabia.

Informed sources accused Bashar Kiwan and Majd Suleiman of fraudulently attempting to transfer Concord to their friend businessman Fuad Jabri, following the issuance of a number of juridical rulings canceling the transfer because it lacked sound legal justifications. This did not prevent Kiwan and Suleiman from taking the profits of the company, which led Fuad Jabri to state to the ‘Aks al-Sayr website that the Kiwan and Suleiman “Deal with my rights and funds as if there are no consequences. They engaged in unilateral activities without my knowledge and without my agreement. They involved the activities of Concord and its profits in the activities of the United Group closed corporation, to which I have no direct or indirect connection.”

In the middle of 2011, Yusef al-Nassar, the Kuwaiti former managing editor of al-Balad, reported Bashar Kiwan and Majd Suleiman to Kuwaiti authorities for money laundering in Kuwait, as well as other states in Africa and elsewhere, in addition to sex trafficking, drug trafficking, and spying for the Syrian regime in Kuwait. Nassar presented evidence confirming that the al-Waseet media company – and most of the media companies belonging to the United Group for Publication – are losing quite a bit of money. One of these companies in Kuwait loses around 25,000 Kuwaiti dinars per day. But its costs are covered by unknown sources, and its books report that it remains profitable.

These accusations influenced Kuwaiti public opinion. Bashar Kiwan and his partner Majd Suleiman were attacked on social media and in parliament, and were accused of spying on behalf of the Syrian intelligence services. This led to the restriction of their commercial activities in Kuwait.[1] 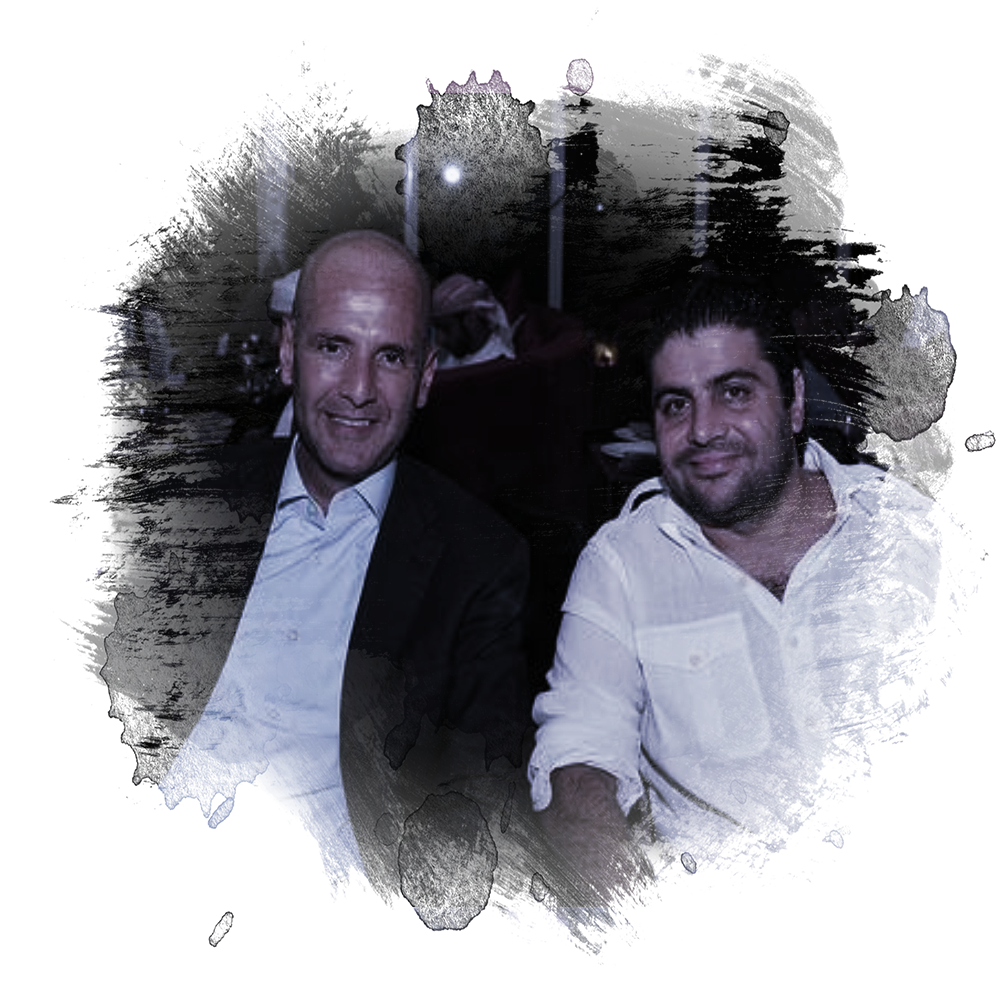 Bashar Kiwan and Majd Suleiman manage wide-ranging commercial activities in Comoros. They gained the agreement of the Comoros state despite major opposition from the Comoros parliament to sell Comoros nationality to businesspersons  who have difficulty with mobility due to their nationalities. The role of Kiwan and Suleiman is limited to mediation and brokerage between businesspersons  and the Comorian government. They also intervened in the presidential elections to support former president ‘Abd Allah Sami in 2011, but he lost the elections, impeding the “economic nationality” project that Kiwan pursued on behalf of the former president to raise the income of the country. The Bidoon of Kuwait (stateless) and the Emirates gained Comoros nationality in exchange for a sum of money, which resolved a crisis that constituted a recurring headache for the Emirati state. The British Guardian newspaper confirmed that the Emirati state agreed to pay $200 million to Comoros in exchange for their agreement to grant nationality to around 4,000 Bidoon. Despite the refusal of the parliament for the project, an alternative law was signed that opened the door for companies to play the role of intermediary to provide the those countries’ nationality in exchange for 60,000 USD[2].

Then Bashar Kiwan and Majd Suleiman moved to the mediation and brokerage business, brokering between the French Rafael airplane company and Arab states interested in buying their planes. They succeeded in concluding numerous deals and realizing high profits from them. Because of Bashar Kiwan’s involvement in a number of cases of embezzlement and fraud, the Kuwaiti criminal court under the presidency of ‘Abdallah al-‘Uthman issued a decision in 2017 to raise a case against Bashar Kiwan and an employee of his named Tariq al-Hadidi for five years, holding them with work and leave. Kiwan was also accused of embezzling 33 million dinars from the Kuwaiti public treasury.

Despite those accusations and judicial rulings issued against him, Kiwan was able to flee Kuwait on 27 December 2017. An Egyptian truck driver smuggled him through the Kuwaiti al-‘Abdali crossing to the city of Basra in Iraq, in exchange for a large sum of money. He continued his travel, using his French passport to get to Beirut before finally arriving in the Emirates. Kuwaiti authorities were able to arrest the Egyptian driver and a number of other individuals, charging them with assisting Bashar Kiwan himself to flee the country; among the arrested people was Kiwan’s brother. Kiwan, however, was arrested on 15 January 2018 in Dubai based on a warrant issued to implement the judicial ruling issued against him. He was then extradited to Kuwaiti authorities. 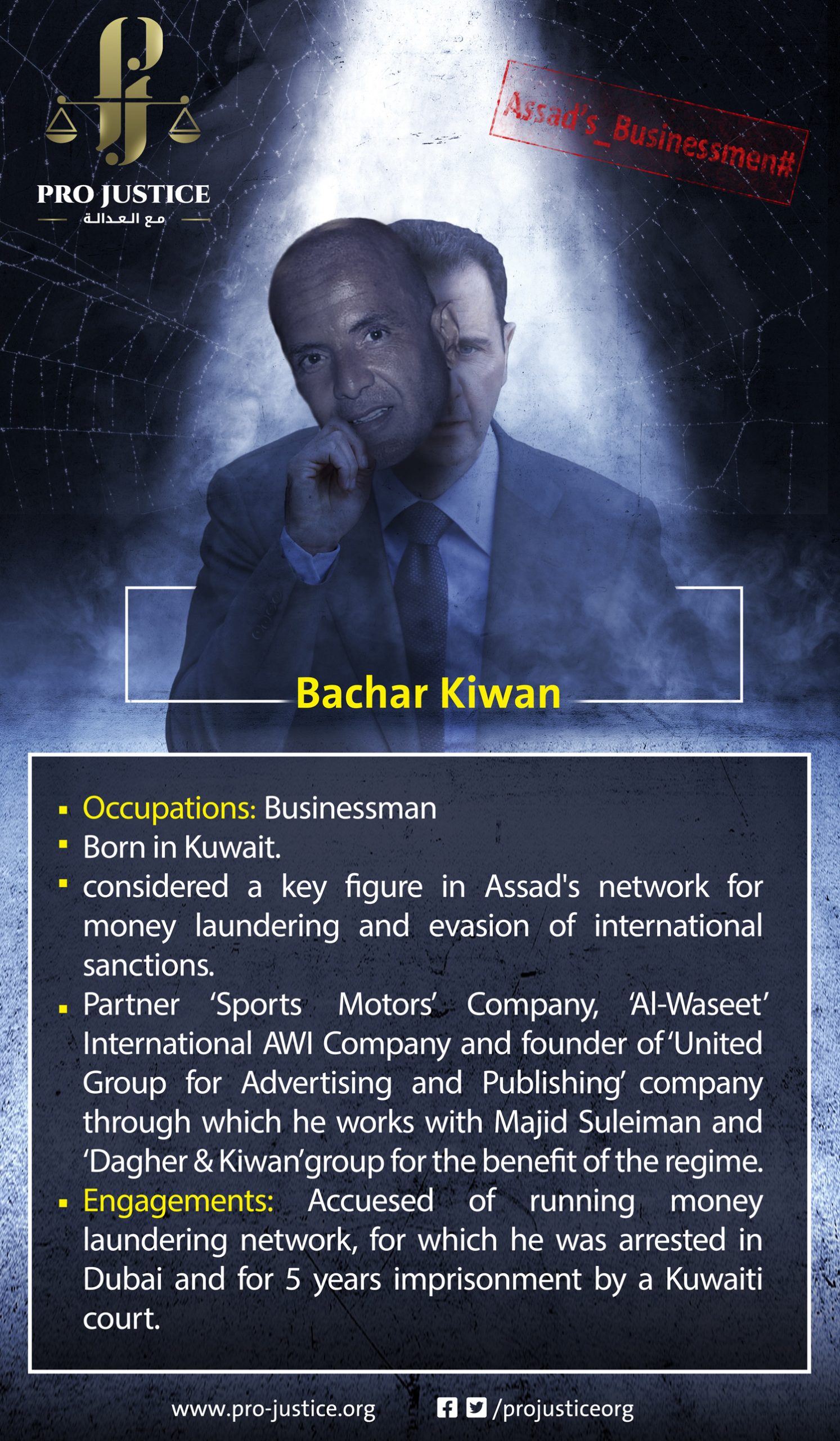 [2] Al-Khalij al-Jadid, “Behind closed doors, stopping the Syrian Kiwan, engineer of the deal of the bidun of the Emirates,” http://tiny.cc/v01o6y