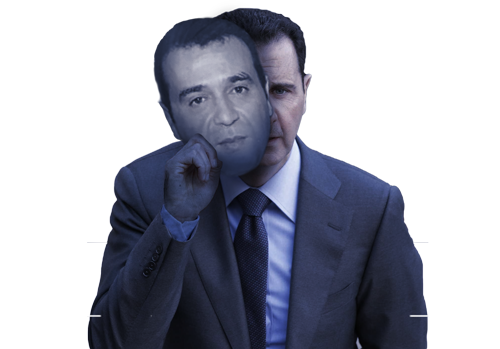 Bisher Mazen al-Sabban was born in Damascus in 1966. He received a degree in Dentistry from the University of Damascus, then became a member of the council of the Governorate of Damascus from 1999 to 2002. He was vice president of the governorate council during the same period. He also became a leader of the branch of Arab Socialist Baath Party muhajirun from 1992 to 1993. In 2006, he was appointed governor of Damascus. He continued in this position until the end of 2018.

During his time as governor, Bisher al-Sabban engaged in unfair dealings against the Syrian people. In 2007, he issued orders to remove the population of al-Tariq al-Thani in Kafr Susah in Damascus in order to expropriate their property on behalf of the Foreign Ministry. This led to the expulsion of 200 families who had lived in this area for decades. Popular opposition and minor demonstrations did not change the outcome of this process, and the governor called upon the police and secret police to suppress them. The inhabitants of this area were forced out with the implementation of the expulsion order, and were moved to a project in the al-Hussayniyyah area south of Damascus. They were not given alternative housing until after seven years later, when they were compensated with small apartments in the Qadasiyya suburb, after paying sums to a crony of Bisher al-Sabban, ‘Abd al-Fattah Iyaso, who at the time was the governorate’s zoning director.

Amidst these violations against the inhabitants of Kafr Susah, Sabban began to implement the King Faysal Street project[1]. A large number of archaeological sites were torn down in Damascus for this project, including mosques and an ancient market on the global heritage list.

Sabban continued to implement his plans despite the objection of certain members of parliament. He issued a decision to take ownership of the al-Hamrawi Mosque, which included archaeological sites and ancient houses. All of this took place through a policy of demolishing archaeological sites.

Thousands of Damascenes continued to complain about Sabban’s policies. In 2010, Sabban issued a decision in 2010 to demolish the Abu Jarash neighborhood in the al-‘Adawi area of Damascus. The houses of this area were prepared for demolition under the pretext that they were in violation, and that the governorate wanted to convert the area into a public park[2]. 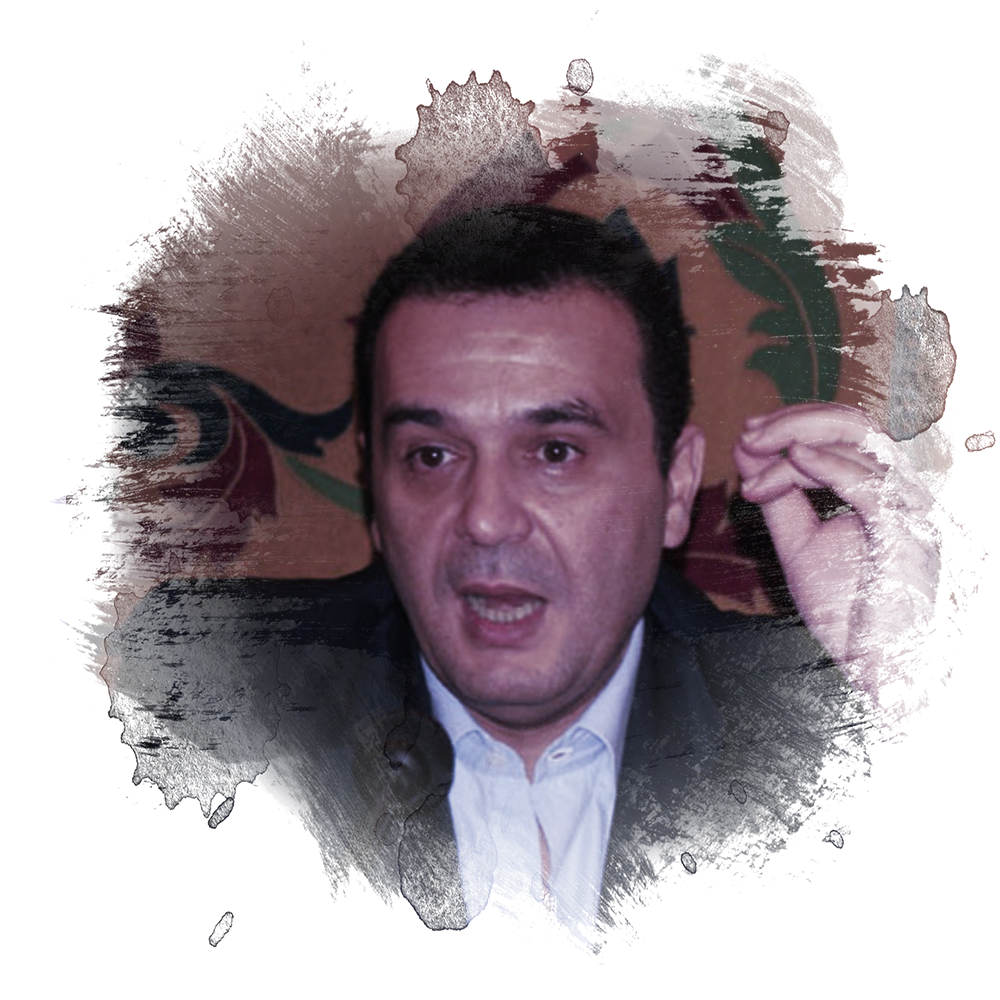 After the outbreak of peaceful protests in 2011, Bisher al-Sabban took the initiative to assist the regime in suppressing citizens. The Governorate of Damascus building was converted to a headquarters for the suppression of Friday protests. 5,000 workers from the parks, cleaning, and maintenance directorates were employed to help suppress demonstrations and help security men and shabihah engage in violations against civilians. An operations room was then formed in the basement of the governorate building, which had previously been prepared to deal with natural disasters. Sabban headed security groups supported by a private communications network prepared in this basement with the aid of Iranian experts.

Sabban gathered governorate employees on Fridays in Basil al-Assad Hall in the governorate building, and instructed them to suppress the protests. General Secretary of the Governorate of Damascus Khaled al-Shamma’, Director of Sanitation Engineer Walid Jiha, Director of Maintenance ‘Adel al-Azhar, and the garage manager, in cooperation with the governor, sent workers to protest sites and gave orders to hit protestors and cause permanent disabilities, and to destroy public amenities and blame protestors for these acts of vandalism. Shaykh Sariyah al-Rifa’i discussed this subject in a sermon on Friday, 5 August 2011[3].

Confronting the objections of governorate employees, Bisher al-Sabban informed the security services on the opposition, submitted them to investigation, and issued decisions to prevent them from returning to work despite the issuance of judicial rulings stipulating that they be able to return to work after being fired.

Sabban also signed contracts with the Military Construction and Housing Institutes to implement projects at inflated cost, such as the maintenance contract for irrigated lawns in the Governorate of Damascus, which reached a cost of tens of millions of pounds in a single location. Such maintenance work is typically the task of the Parks Directorate, and the profit from these expenses went to fund suppression.

In the same period, Sabban advised an agreement for the project of Decision No. 774, which stipulates the establishment of two districts, a green area, and a green belt. This project gives special access to the regional leadership of the Arab Socialist Baath Party, and cancels the previous organizational plan on the land known as the “free zone” land, which was set aside for the “Solidere Damascus” project that the al-Diyar Regional Company was originally going to implement.

Sabban helped secure the Decision No. 775 project, which requested that the Property Directorate estimate the value of the new division. The market value of this area would have been hundreds of millions of Syrian pounds. He also issued Decision No. 908, which provided an arbitrated value for the land as a compensation for its appropriation as a public good. For Bisher al-Sabban, the “public good” apparently includes giving land to the ruling Baath party.

On 18 August 2016, the Governorate of Damascus executed Legislative Decree No. 66. It warned around 150,000 citizens in al-Mezzeh-Basatin to leave their homes so that the decree could be implemented. It did so for the sake of establishing a beautiful residential area with the proposed name of “Damascus Dream” or “Chamomile City.”[4] Within a week of the warning, the governorate began to demolish civilians’ houses with the support of security forces who suppressed inhabitants who protested the demolition, and prevented them from approaching their own homes. Those who remained in their homes were forcibly removed, and then the houses were destroyed[5].

In April 2018, Bashar al-Assad issued Law No. 10, which gave the regime the right to appropriate the property of Syrian refugees and displaced persons in the case that they are unable to prove that they own homes, many of which had been reduced to rubble by air strikes. Bisher al-Shabban is one of the most prominent individuals behind this law. He attempted to apply the law as soon as it was issued by preventing tens of thousands of people from entering the al-Tadamun neighborhood to return to their homes, using the excuse that the houses were unfit for habitation[6].

Sabban is one of the major beneficiaries of these demolitions and appropriations as president of the Damascus Cham Holding Company, which is responsible for the implementation of the Marota City project. This project was announced by Bashar al-Assad via Legislative Decree No. 66 of 2012 and its amendments, and includes the areas to the southeast of al-Mezzeh in Basatin al-Sabbar and the area behind the Iranian embassy, al-Razi Clinic, and al-Lawan in Kafr Susah. There is also the “Basilia City” project, which includes the neighborhoods that participated most actively in demonstrations against the regime, especially Darayya, al-Qadam, ‘Asali, and Yarmuk camp. Assad is attempting to punish these areas by issuing laws to establish projects to appropriate their land, with the goal of expelling the inhabitants of these areas from their homes and neighborhoods.

Bisher al-Sabban is married to the niece of the former governor of Homs Iyad Ghazal, who is a personal friend of Bashar al-Assad. Sabban also enjoys a close relationship with Muhammad Makhluf and his scion, Rami Makhluf. This enabled him to remain in his position as governor of Damascus for nearly 12 years, despite his involvement in corruption.

On 28 October 2016, the European Union issued a sanctions list that included dozens of figures close to the Syrian regime, including three governors, the most prominent of which was Bisher al-Sabban. The list included the following accusations against him: supporting security and militia members under his command, and issuing direct orders to target civilians in Eastern Ghouta and other areas. These set of accusations against the Governor of Damascus, Bisher al-Sabban, seemed somewhat different from other accusations: the official gazette of the European Union noted that the reasons for imposing sanctions upon Sabban were his status as “a person responsible for the violent suppression of Syrian civilians, including discrimination against Sunnis in Damascus.”

On 26 November 2018, Bashar al-Assad issued Legislative Decree No. 363 stipulating the removal of Bashar al-Sabban from his position as Governor of Damascus, and appointing of ‘Adel al-‘Ulabi as his successor. 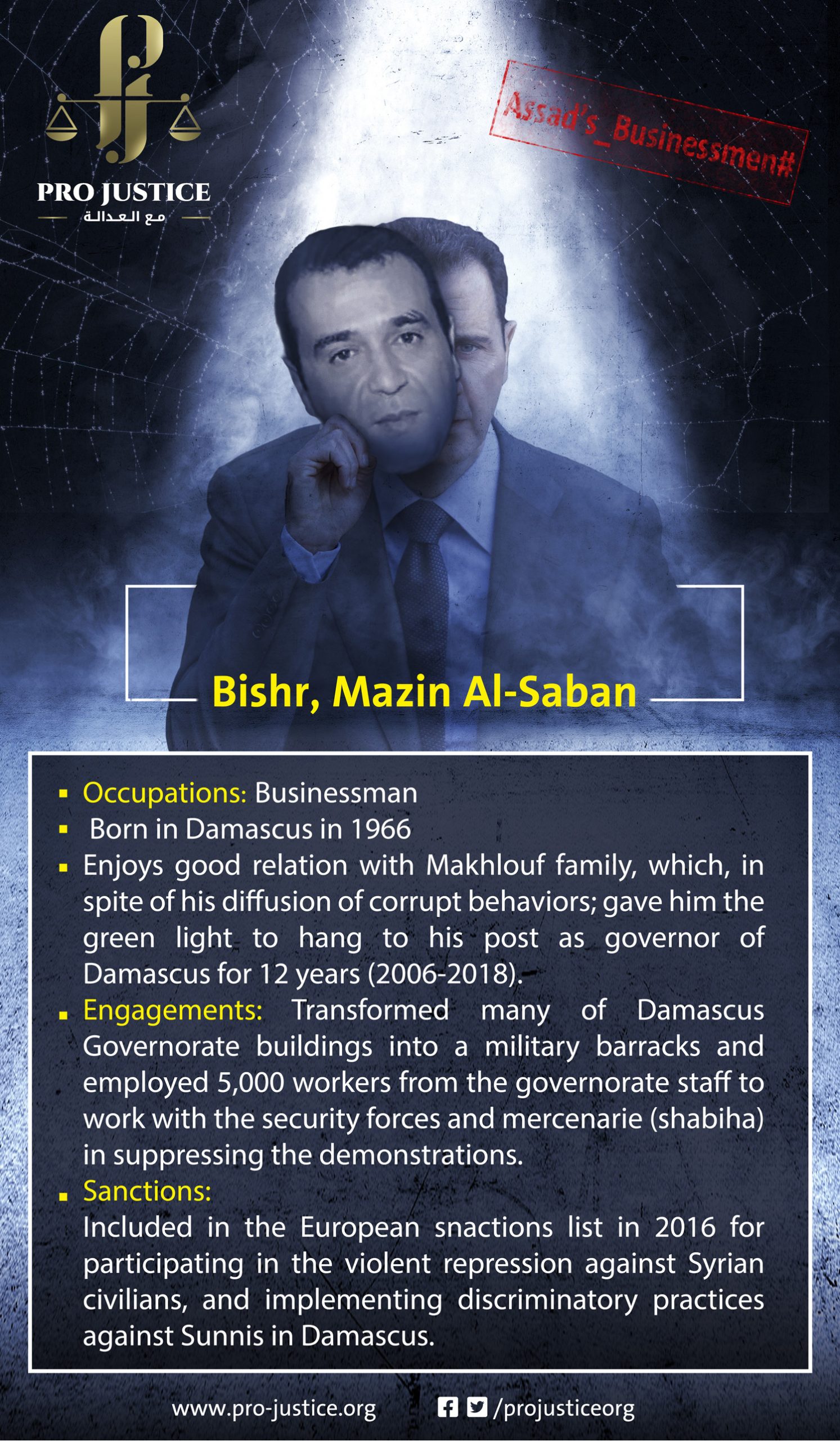 [1] “Qantarah: The ancient city between the ambitions of capital and the interests of the people,” https://goo.gl/JwKK8s

[2] “Beauty is what can be carried; Governorate of Damascus determined to expel a large number of inhabitants of the Abu Jarash neighborhood,” http://aljaml.sy/node/61702

[4] AlSouria.net, “What is the ‘Damascus Dream’ project? And how has it turned into a nightmare haunting the people?,” https://goo.gl/kXBL8v

[5] AlSouria.net, “The regime begins to demolish civilians’ homes in Damascus and throws away the belongings of the people in the street,” https://goo.gl/beur9Q

[6] AlSouria.net, “25,000 families prevented from returning to their houses in Damascus,” https://goo.gl/nYt1QP