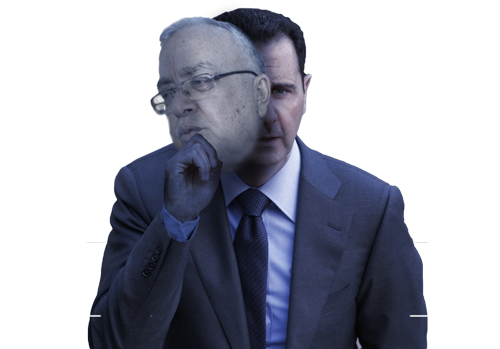 Fahd Mahmoud Darwish is one of the businessmen who form an economic front for Iranian companies in Syria. He works as an agent for them in the Syrian market and is the head of the Higher Committee for Investors in the Free Zones, and owns several companies, most notably:

Fahd Darwish’s first big appearance in the Syrian trade scene was in 2010 when the director of the General Consumption Organization, Mohsen Abdulkareem, gave him the Abbasids’ complex to invest in, however, the millions he spent preparing the complex got lost as a result of the uprising in 2011.

In the wake of the growth of the trade relationships with Iran, Fahd Darwish stood out through his Armada Company, which became an agent for the Saipa Auto Company, to manufacture and assemble Saipa cars in Syria. He also imported 3,000 tractors from Iran through the Iranian Tractor Manufacturing Company, while the Al-Baraka Pharmaceutical Company imported large and various quantities of Iranian medicines, including cancer treatment medicines, knowing that Al-Baraka is an extension of the Iranian company Al-Baraka Holding.

Darwish, and through the Al-Baraka Company, managed to acquire pieces of medical equipment, and materials, for the regime’s military forces and supporting the military hospitals. 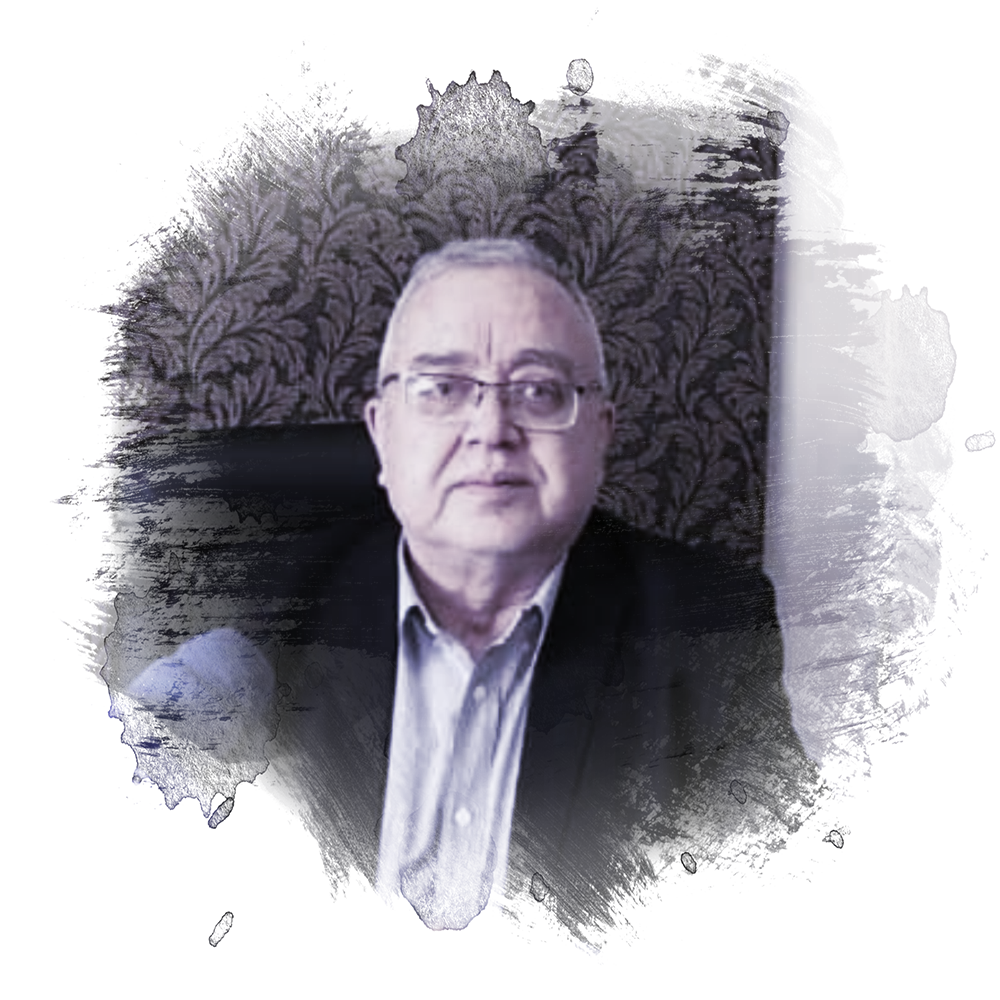 In 2018, major Iranian companies represented by the Iranian Al-Baraka Pharmaceutical Company, approved a project to establish pharmaceutical joint laboratories with the Syrian government, through cooperation and coordination with the Ministry of Health, the Ministry of Industry, and the General Corporation for Chemical Industries. Fahd Darwish was the godfather of this partnership.

Fahd Darwish also obtained a contract to supply 2,700 TV screens to Syronics, with a contract amounting to 250 million Syrian pounds. It turned out that those screens will be imported from Iran, which has no significant reputation in the electronics field.

Sources indicate that Darwish is the economic arm of Iran in Syria, where he employs his companies to circumvent the sanctions imposed on the two countries, and at the same time works to establish an Iranian lobby within the Syrian business community, to help Iran move smoothly in the Syrian market, and granting them preference in trade transactions, knowing that the investments belonging to Darwish do not have significant capital, and according to a Syrian website, al-Iqtissadi, website, Darwish owns 50 percent of Armada, at a value of 2.5 million pounds or approximately 5,000 dollars and also owns 74 percent of the Al-Baraka Pharmaceutical Company, valued at 740,000 Syrian pounds or about 1,500 dollars only. This confirms Darwish’s affiliation with Iran, especially since all his economic activities are done with Iranian companies, and the low capital confirms that his companies are nothing more than commercial fronts for Iranian economic activities in Syria, taking into consideration that the price of one tractor he is selling, is more than the capital of his companies altogether.

It is worth mentioning that the Ministry of Internal Trading in the Syrian Regime government issued a decision on May 5, 2019, appointing Omran Shaaban Mohammad as President of the Syrian-Iranian Chamber of Trade on behalf of the Syrian side and appointing Fahd Darwish as vice-president of the chamber, knowing that most of its members are businessmen that Iran uses to serve its economic interests in Syria. 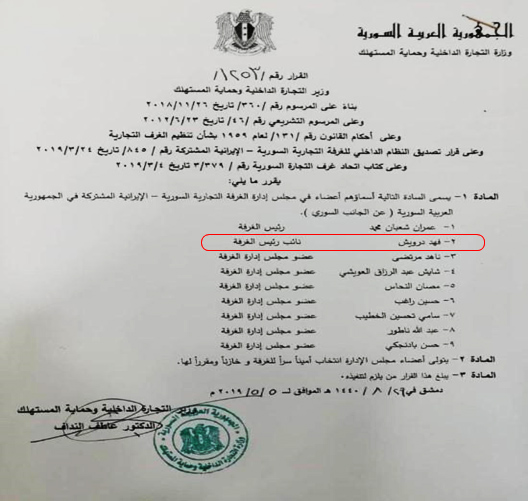 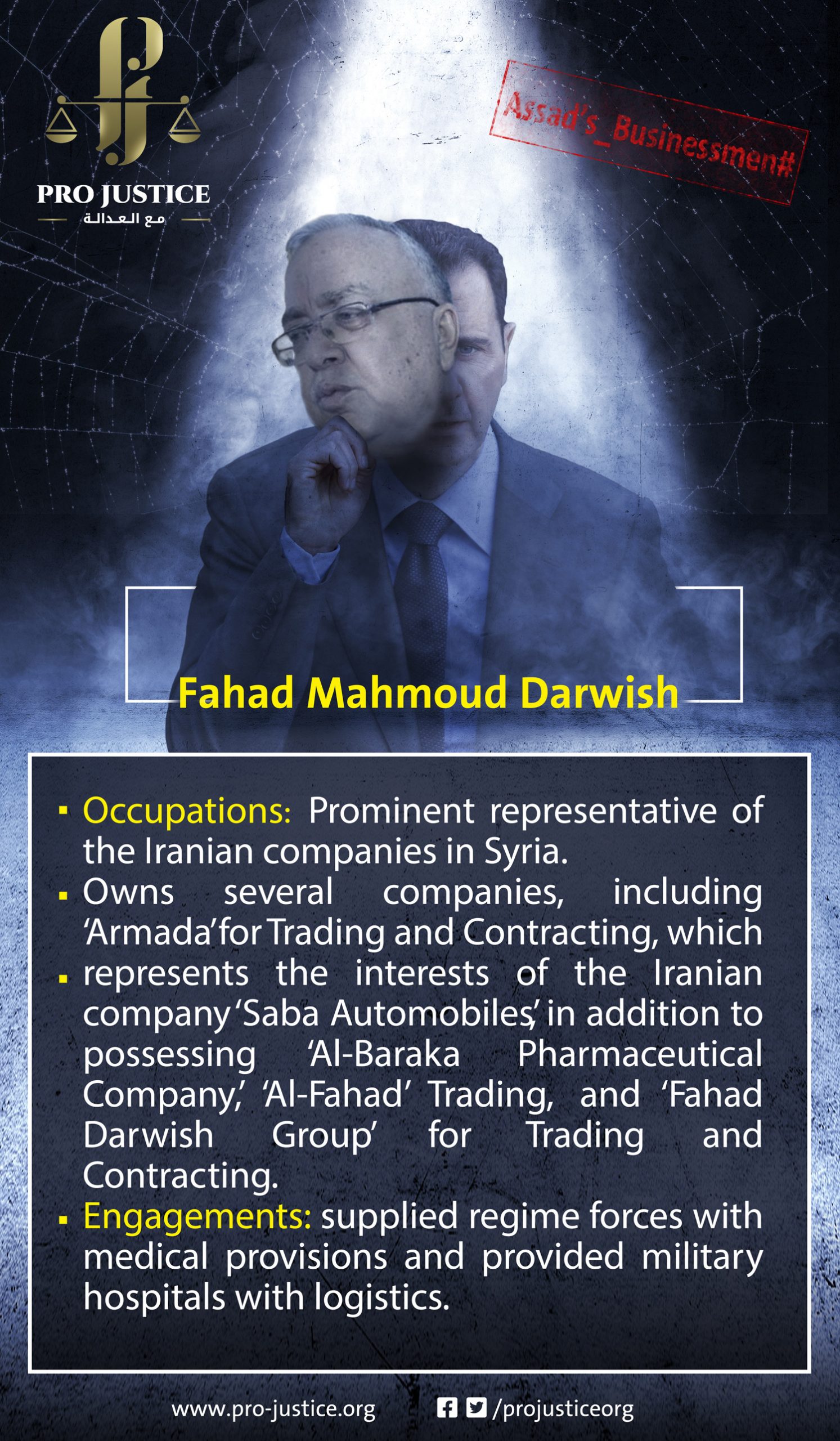 [1] Its name was changed multiple times until it became MTN

[2] The former prime minister of Lebanon

[4] He ranked 8 in European sanctions

[5] He ranked 12 in Canadian sanctions