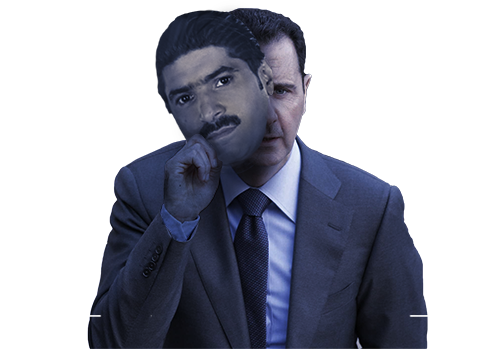 Syrian businessman Hussam Ahmad Qaterji was born on 11 January 1982 in Raqqa Governorate. He is currently CEO of Qaterji International Group, which includes a large number companies specializing in a variety of fields. These companies include Jouzour for Agriculture and Livestock, Qaterji for Commerce and Transportation, White Gold Industrial Company, Alep for Security Solutions and Studies, Asl for Investment and Contracting, Golden Gate for Tourism and Transportation, Qaterji for Real Estate Development and Investment, and Rubou al-Jazeera Import-Export. But most of these companies actually belong to Rami Makhluf, Bashar al-Assad’s cousin.

Qaterji is also an independent member in the Workers and Farmers’ section of the Syrian People’s Assembly. He represents Aleppo Governorate in the Second Legislative Session of 2016-2020.

The Qaterji Group, headed by Hussam Qaterji, acted as an intermediary for the regime with ISIS and the YPG. This group was responsible for supplying regime-held areas with wheat and oil that originated in ISIS-controlled territory and passed through areas under Kurdish YPG control.

The Qaterji Group also filled the vacuum left by the George Haswani Company’s withdrawal from the region. The Qaterji Group ensured the transportation of crude oil from the ‘Umar field. More than 1,000 tanker trucks, each of which contained around 170 barrels of oil and weighed 35 tons, serviced this oil field. Of these, the Qaterji Group owned around between 300 and 400 tanker trucks. (Of the remainder, 300 were owned by the Ayyam al-Khayr Company and the rest belonged to other individuals.) Through this transportation network, Qaterji supplied the regime with around 20,000 barrels of ISIS oil per day. He also engaged in a reverse trade in foodstuffs and other supplies, such as iron and building materials, which were destined for ISIS and the YPG. 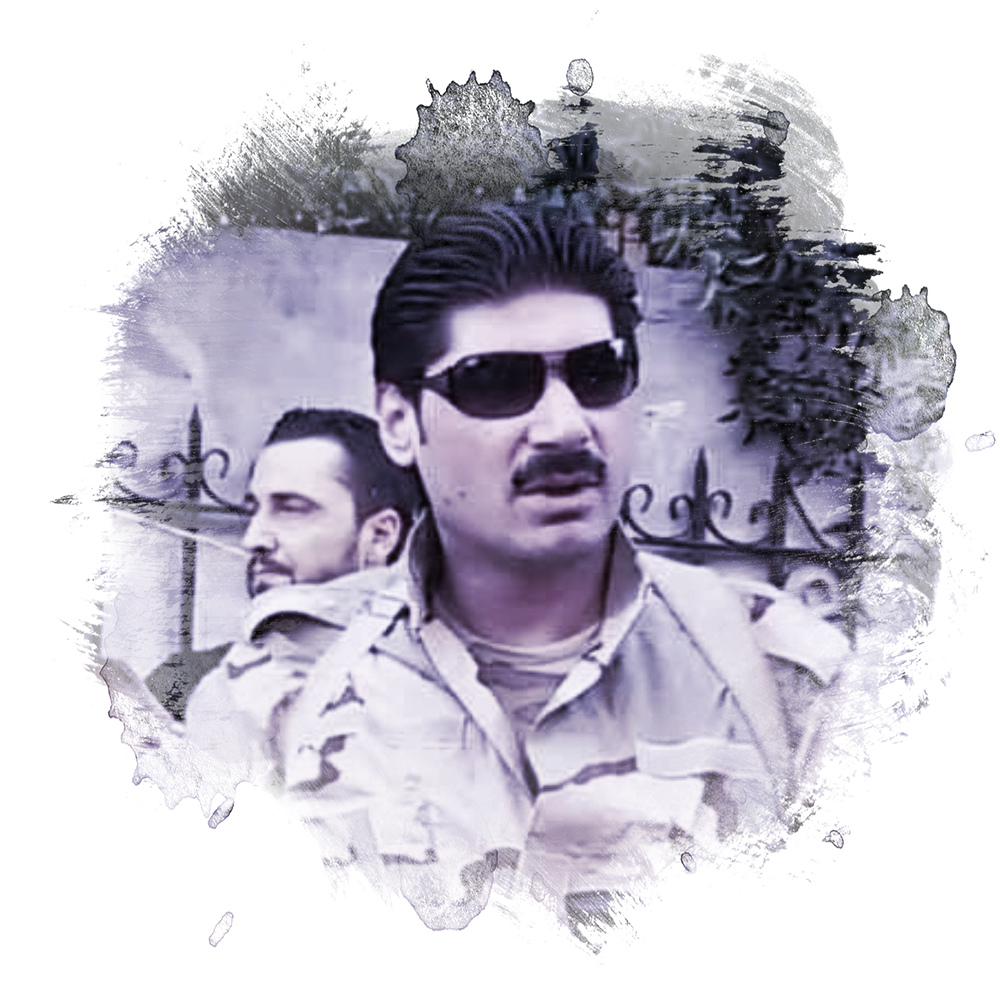 Reuters published an investigation of Qaterji Group’s role in oil provision on 11 October 2017, titled “How a businessman struck a deal with Islamic State to help Assad feed Syrians.”[1]

Under the aegis of his partnership with Rami Makhluf, the Qaterji Group also provided services to regime-aligned fighters, injured fighters, and the families of fighters who had been killed. Hussam Qaterji also commanded a regime-aligned militia, known as the “Qaterji Group,” based primarily in Aleppo Governorate. This militia participated in the military operations that led to the siege and capture of eastern Aleppo at the end of 2016, and the resulting killing and displacement of thousands of Syrians.

The “Qaterji Group” militia also fought alongside Popular Defense Forces and the YPG against the Turkish army and the Free Syrian Army in the Afrin area during Operation “Olive Branch.”

Now a Damascus resident, Hussam Qaterji is one of the most prominent businessmen who support the Al-Assad regime, given his partnership with Rami Makhlouf. He uses his family members as commercial interfaces to work within his subsidiary companies, including his brothers Muhammad Bara and Muhammad Agha Qaterji. In addition, Qaterji has been subject to European sanctions since 21/1/2019 because of securing oil derivatives and wheat in favor of the Syrian regime.[2] 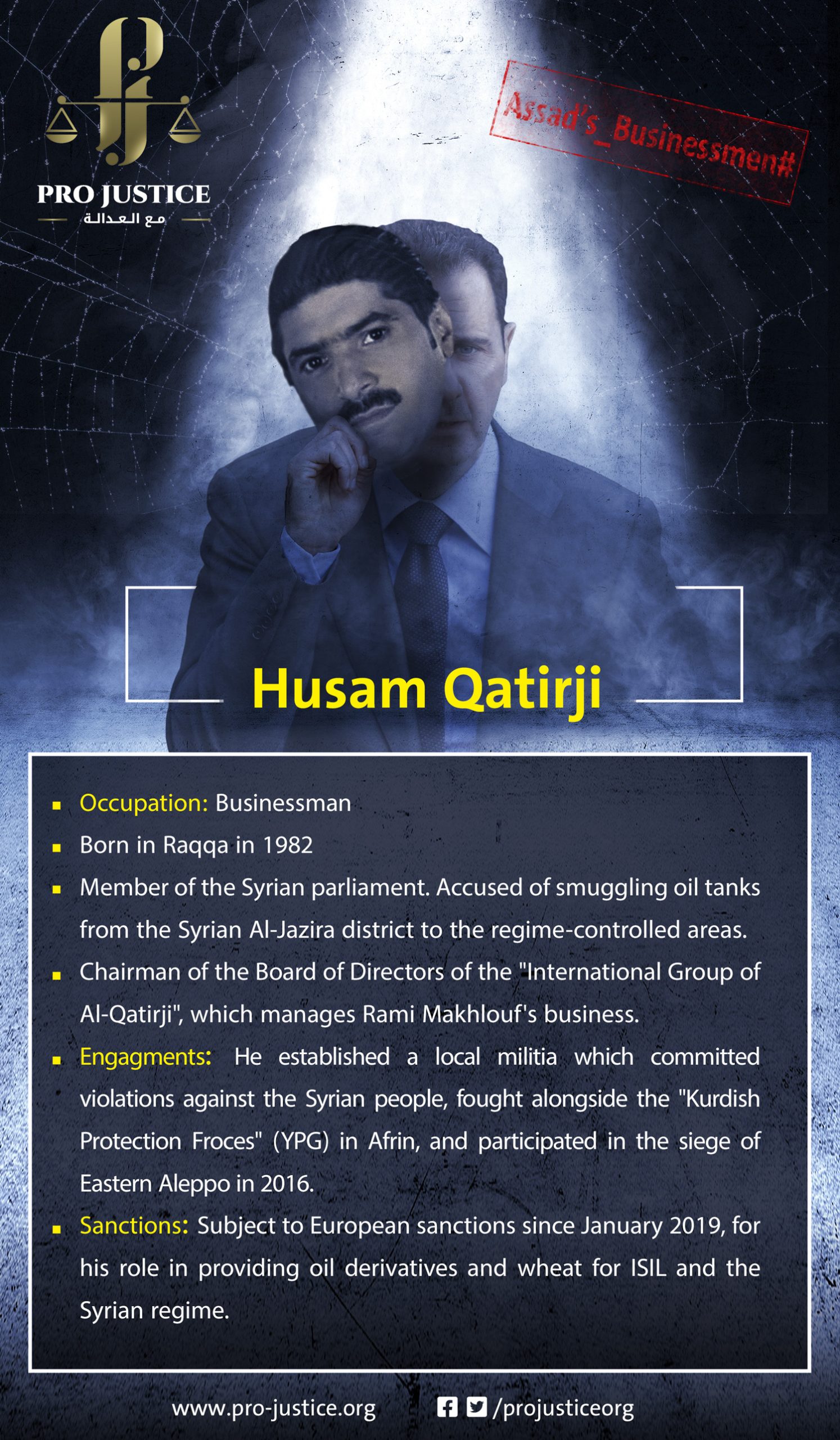 [1] Reuters, How a businessman struck a deal with Islamic State to help Assad feed Syrians, https://www.reuters.com/article/us-mideast-crisis-syria-wheat-islamic-st/how-a-businessman-struck-a-deal-with-islamic-state-to-help-assad-feed-syrians-idUSKBN1CG0EL