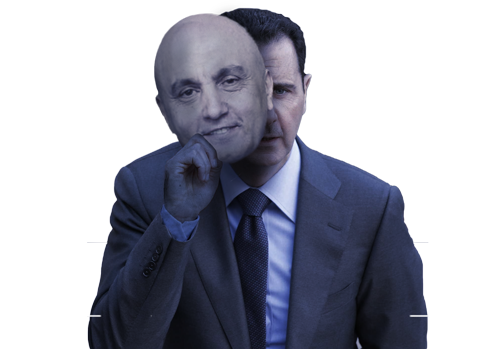 Khaled Ahmad Tawfiq Hbubati (b. 1957, Damascus) is the son of Tawfiq Hbubati, who owned three casinos in Damascus: Bludan Casino, Airport Hotel Casino, and Orient Casino. These were closed by the Syrian authorities in 1977, by order of the prime minister at the time, Abdel Rahman Khlaifawi.

Khalid Hbubati holds an engineering degree and used to own the Orient Club which hosted an elite of Syrian businessmen and politicians from Syria and abroad, however, Khalid sold the club to Mwaffaq Qaddah in 2009.

Khalid Hbubati is considered a co-founding partner in multiple businesses, and the most important of them are:

Through his ownership of the Orient Club, Hbubati managed in 2010 to open the first casino by obtaining a legal license under the title of entertainment club and a tourism facility, which is something that caused issues with the People’s Assembly, to a point where Naji al-Utri “the Prime Minister back then” was summoned to appear before the Parliament. Utri denied the allegations that he granted Hbubati any new license for a gambling club and that Hbubati has just renewed an old lisence that had been granted decades before to his father, Tawfiq Hbubati.

Informed sourced have spoken of the role Bashar al-Assad played in the launch of the casino, through an invisible partner, a plastic artist called Yasser Hammoud, who was tasked with several artworks like the tomb of Bassel al-Assad, and later, the tomb of Hafiz al-Assad and Majd al-Assad, in addition to the aforementioned casino. The plan was to include the opening of this casino with three other casinos distributed in several locations in Syria, one in the  Ya’fur area of the Damascus countryside, the second in Palmyra, in the center of Syria, and the last one in Aleppo city. But the outbreak of the peaceful protests in 2011 changed those plans, and the mentioned casino was sealed by the authorities under pretenses of, “practicing acts that violate public morals and contravene laws and regulations. The seal should stay until the business is settled and following the current regulations and laws.”

After the closure of the casino, Khaled Hbubati disappeared from Syrian economic life, to play invisible roles for the regime, where he served as a special envoy for Assad, working to secure the return of businessmen and investors, presenting them with guarantees of no prosecution nor property seizure. Businessman Feras Tlass’ close circle in UAE mentions that Hbubati approached him several times and presented him with guarantees of no prosecution nor seizure of properties in exchange of a public apology to the regime, but Tlass declined that offer, and Hbubati did the same with other businessmen including Emad Ghriwati, Mwafaq Qaddah, and others who remained neutral. 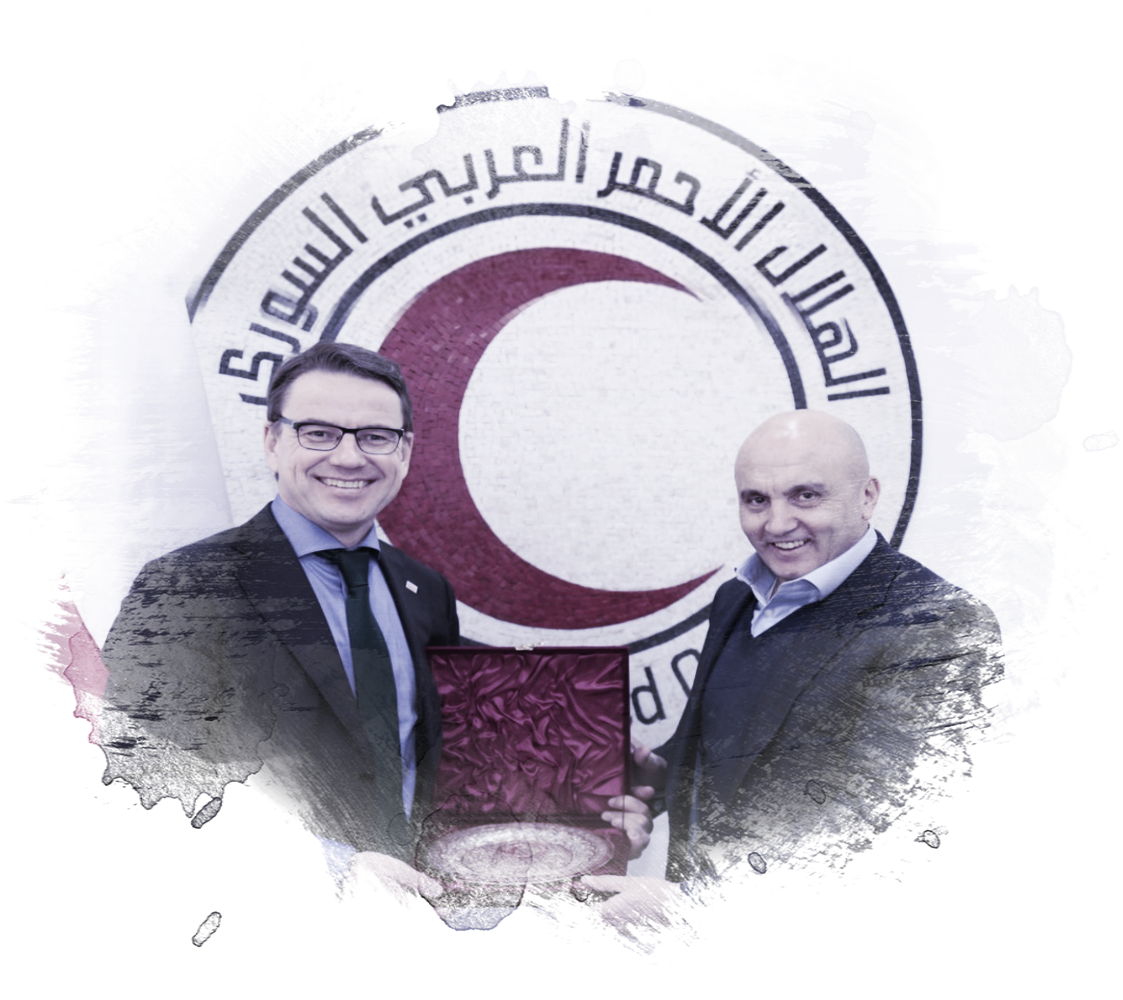 At the end of 2016, Hubibati became the Director of the Syrian Arab Red Crescent (SARC), replacing Abdul Rahman al-Attar, who was forced to resign by an official order from Prime Minister Imad Khamis, although Hbubati isn’t a member in the executive council nor the board of directors, nor even a staff member in the organization.

Since then, SARC became affiliated with Assad Regime and participated, according to a report published by the American Foreign Affairs magazine in September 2018, in supporting the regime indirectly, with about 30 billion dollars, which was used to pay salaries, and secure essential hardware for the security forces. SARC was used as a gateway to get those funds, in addition to the infiltration of the organization, by several members of the Syrian security forces pretending to be volunteers there, and as per reports by several former volunteers, the new unofficial policy of the SARC is to give UN aids to people in accordance to their opinion of the regime. Staff and volunteers who break those rules, would get arrested, and tortured, or even killed.

It is worth mentioning that Khaled Hbubati is a member of the Syrian Arab Horses Association, which includes several pro-regime businessmen, including Hani Makhlouf, Mohammad Hamsho, and Manal Jadaan (Maher al-Assad’s wife). According to an employee in one of Mohammad Hamsho’s establishments, “The participation of the ruling economic class in Syria in the so-called “horse business”, is merely a cover for the movement of that class’s money.  It’s also worth mentioning that Syria became a member of the Arabic Horse Organization founded in 1989, in Geneva, and includes 65 member countries, and identifies itself as a “non-profit organization interested in the genealogy of Arabian horses”. Syria’s membership facilitated the movement of funds to Switzerland, and covered a part of the money laundering operations done by entities close to the regime, in spite of the sanctions imposed as of 2011.”

On Dec. 20, 2018, the Syrian Human Rights Observatory confirmed the arrest of the director of SARC, Khalid Hbubati by the security forces, on charges of corruption and embezzling funds, however, the SARC denied those allegations, and confirmed that Hbubati was visiting Geneva between Dec. 19 and Dec. 22, 2018, and that he met with ICRC President Peter Maurer, where they discussed issues related to the humanitarian response in Syria and fields of cooperation. 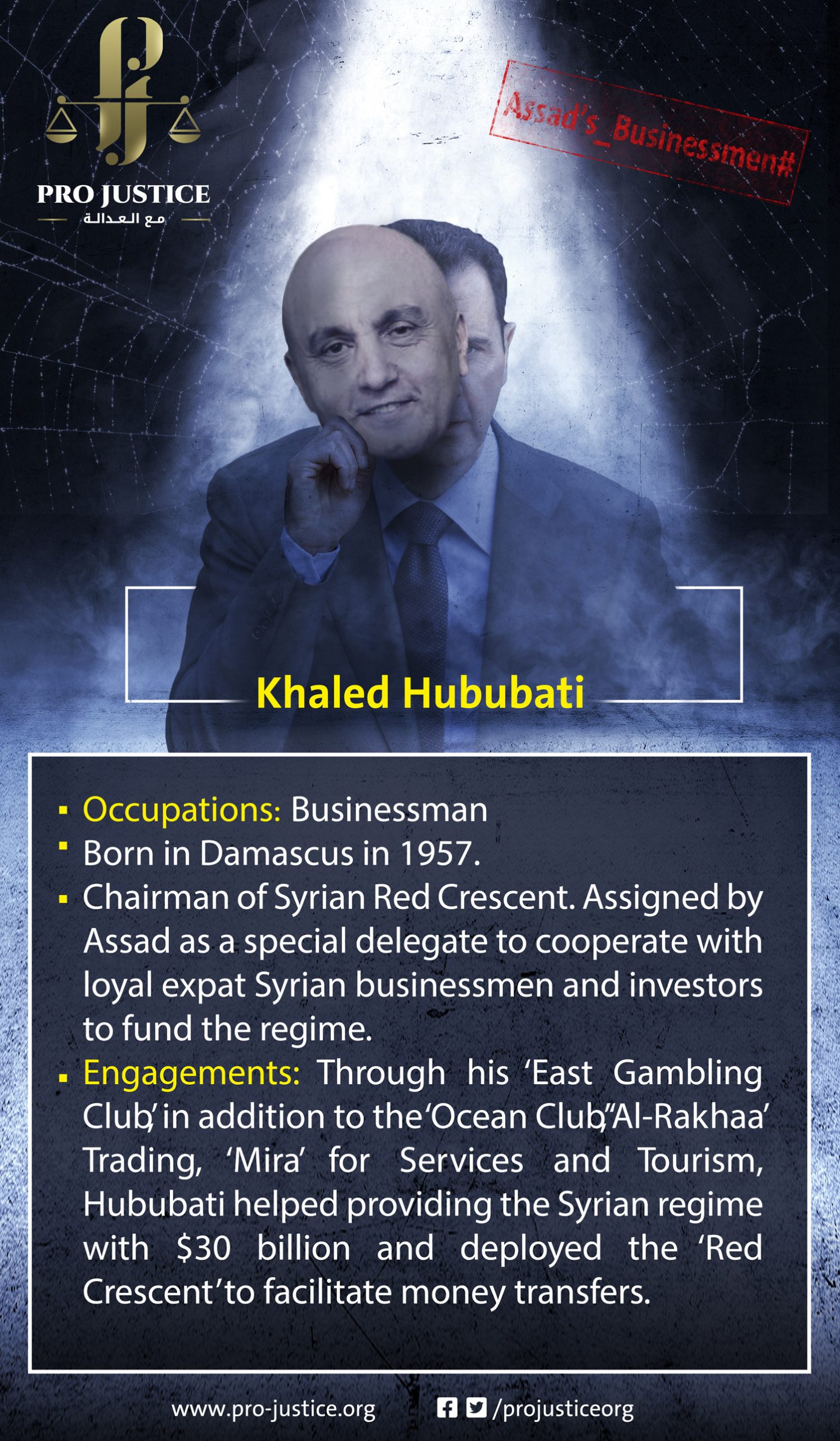