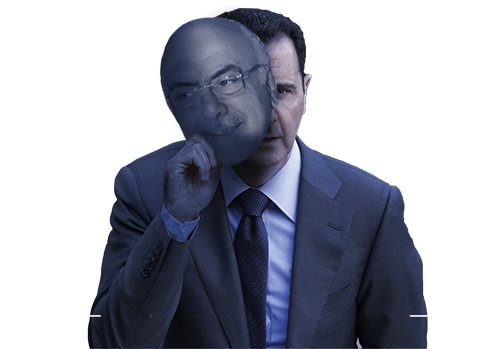 Mohamad al-Sawah was born to a well known Sunni Family in Damascus, and entered into the of textile industry at the age of 22, and established his first textile factory. In the 1990s, he began to export operations into other Arab countries then later into European countries, opening his first export warehouse center in the Gulf region in 2000, and another in France in 2003. He also founded the NTG company in Italy in 2008. Additionally, he became a member of the MOTEX exhibition committee in Damascus and treasurer of the Board of Trustees of the History of Damascus Foundation.

Sawah is considered one of the most prominent Damascene businessmen to support the Assad regime, which prompted Bashar al-Assad to reward him by appointing him to various positions. He was put in charge of the weaving and wool committees in 2000, and then became Vice-President of the Exporters’ Associations’ Union, a post which he held for six years, before being named as President in 2014.

At the outbreak of the peaceful protests in 2011, Sawah proceeded to support the regime and played a key role in polishing the image of the regime externally and supporting it internally, through his network of connections outside Syria, holding exhibitions of his products abroad. He was the first Damascene businessman to hold an exhibition in Iran and encouraged other Damascene businessmen to visit Iran and build business relationships with the country. At the same time he worked on bringing Iranian companies to Damascus and played a key role in their acquisition of real estate and large facilities under the pretext of them being trading warehouses. Moreover, sought to reactivate the Damascus International Fair after five years of stoppage. He visited a number of Arab and foreign countries and used his personal relations with businessmen to bring them to the exhibition and participate in events and claim that they represent their countries. 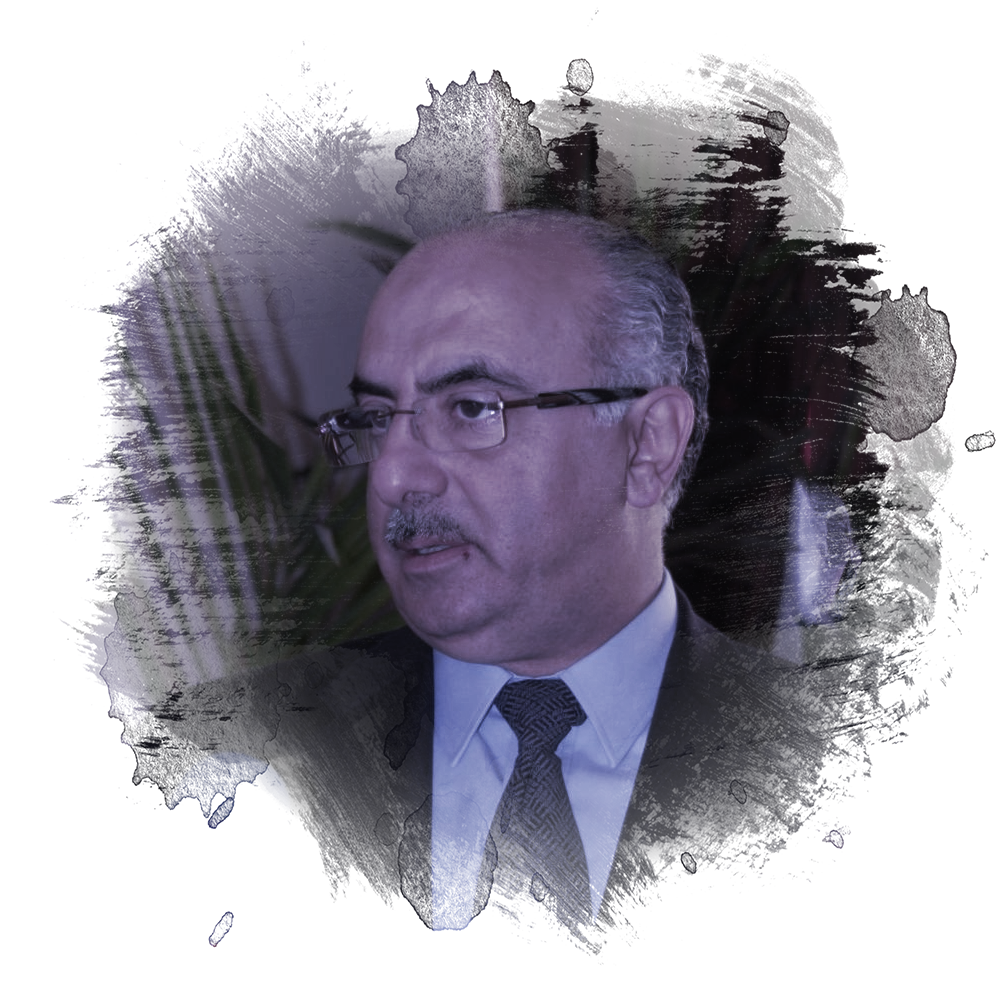 In 2014, Mohamad al-Sawah set the date of the reboot of the first industrial city in “Hosh Plass” (Fadloun Farm Area), under his supervision and the supervision of the exporters’ union members (July 14, 2014). It was hoped that this step would push towards the rebuilding of Syrian industry, and reactivate more than 500 factories and workshops, through the reconstruction of the roads and rehabilitation of the infrastructures in collaboration between the Syrian Exporters’ union and Rif Dimashq Governorate and the competent ministries. However, this project did not see the light.

In the meantime, Mohamad al-Sawah benefited from the corruption networks inside the Regime institutions, where he was accused of making millions by manipulating the Syrian Exporters’ union and using it to serve his personal benefits, and making big profits for him and his affiliated firms, in the name of his right hand man Fares Kertly.

Moreover, sources talk about Sawah misusing his position to issue decisions in his own benefit. He established a company affiliated with the exporters’ union that he heads, which is illegal, and that cleared the way for the establishment of four permanent centers for Syrian products abroad in Tehran, Moscow, Baghdad, and Algeria, and restricted any activities in those centers to his own firms.

In spite of the corruption accusations he is facing, Mohamad al-Sawah was rewarded with a legislative decree (127/2017) by Bashar al-Assad, which exempts textile materials from 50 percent of customs duties. It is the same decree that Aleppo industrialists revolted against, considering that it hurts their textile industry, as they make their textiles it rather than importing them. The beneficiary of this decree was Mohamad al-Sawah who owns a weaving factory famous for the clothes it make and exports to many Arab and European countries. On Oct. 20, 2018, Sawah visited Iran with a delegation of Syrian Businessmen, Mohamad Hamsho being the most notable among them and where several cooperation agreements were signed with the Tehran Chamber of Commerce.

It is worth mentioning that Sawah kept issuing fake statements and publishing exaggerated figures on the Syrian export situation, in the context of the media war. Where the main goal of broadcasting fake information, was to empower the criminal military machine of the regime, enabling Sawah to keep his positions, and promote his trade in cooperation with the head of the regime. Many of the commercial field workers confirm that Mohamad al-Sawah, is only one of the many commercial and economic fronts the Syrian regime uses in order to control export operations and circumvent the sanctions imposed on it, and to claim that Damascene businesspersons stood by the regime in the face of “crisis”. 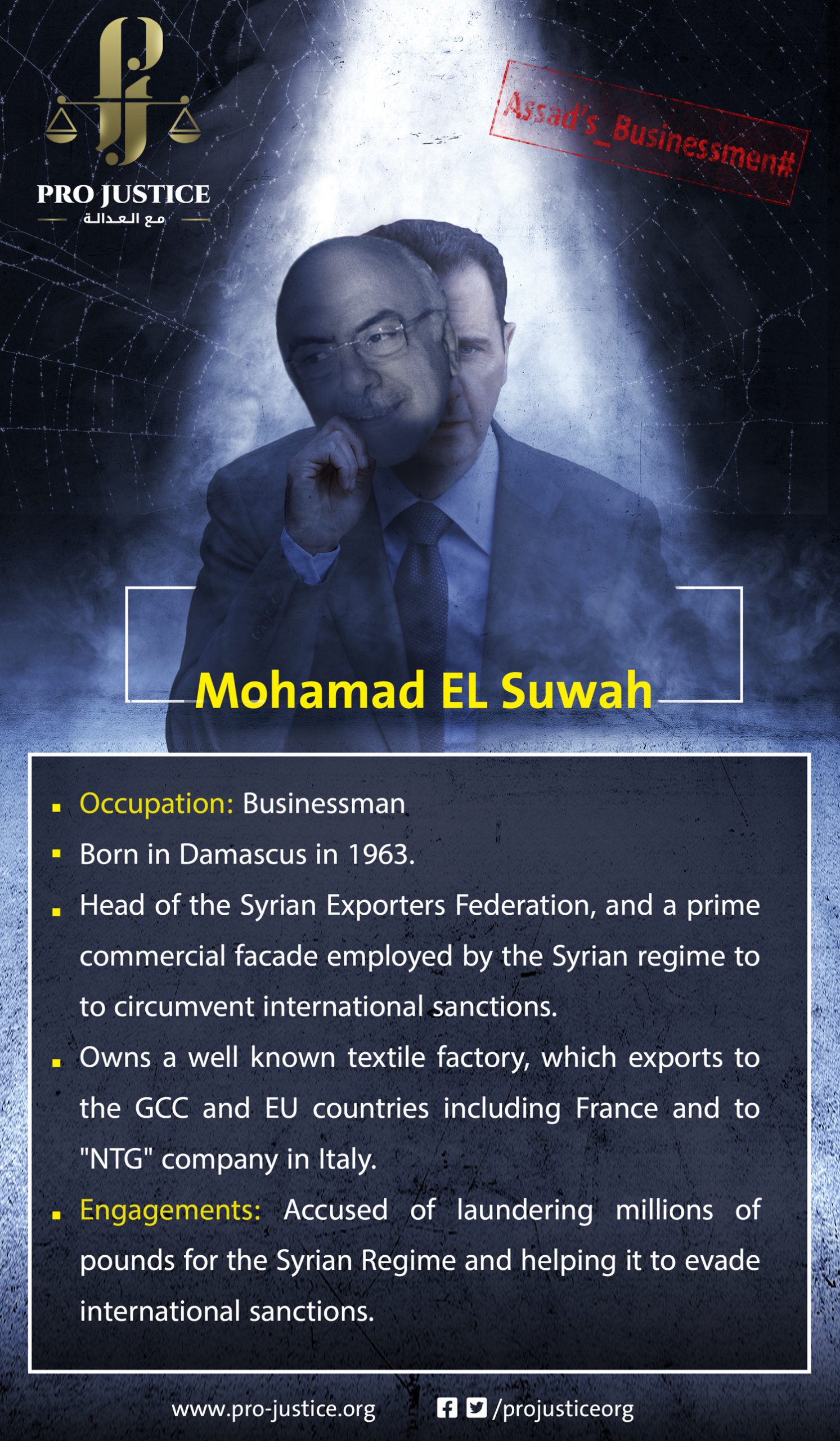