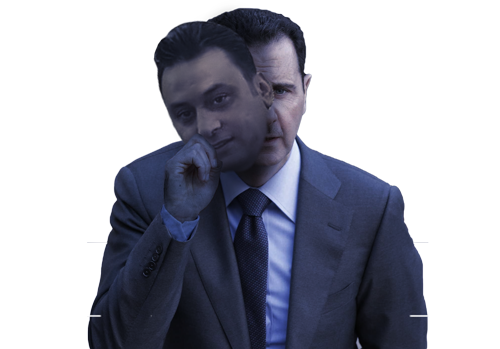 Mohammed Khaled Bassam al-Zubaidi (b. 1976) also known as Khalid al-Zubaidi was an obscure man before he was associated with Nader Kalai, Rami Makhlouf’s partner.

That relationship assisted the sudden appearance of Khalid al-Zubaidi about a year ago, as a co-founding partner in several companies and holding the following positions:

Most of those companies emerged in the last few years, through which Zubaidi managed to open a huge investment -near the Fairgrounds and Conference Palace- called Grand Town, which will include tourism, residential, commercial, recreational, and an educational city with apartments and shopping malls. This investment is in partnership with the Ministry of Tourism, which explains the lack of a known budget for the project, which was later named Victory City.

Zubaidi is working on a similar city that includes 6,000 houses, near Damascus International Airport. The project plans for 450 houses will be for the middle class, in addition to an initiative aimed at the families of martyrs.

On Sept. 6, 2018, Khaled al-Zubaidi invited the Prime Minister and his accompanying convoy to dinner after the opening of the Damascus International Fair, and he gave the guests a small introduction of the Grand Town project. Many interpreted this step as another aspect of corruption, in which the regime gives major projects to trusted men and economical fronts, while the profits go back into its leaders’ pockets. 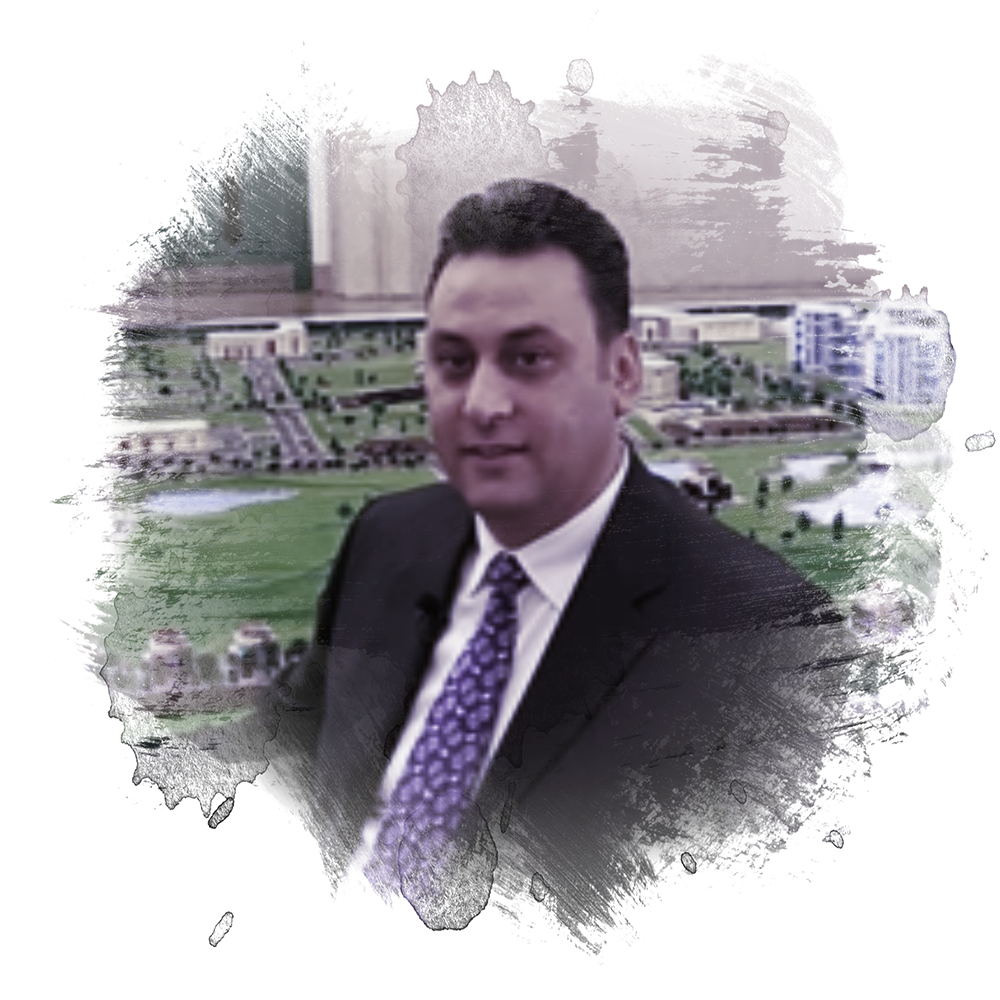 In March 2017, a real estate development company with a capital of 50 billion Syrian pounds was established by Nader al-Qalaai, to fill the big void in the investment market after the fleeing of Syrian capitals abroad. This step represented the way roles were allocated by the regime to its men, when Bashar al-Assad gave Nader al-Qalai the power to establish real estate development companies to fill the vacuum caused by the withdrawal of the real estate companies, and carry out government functions, and run all the large real estate assets owned by the governorates and cities that were damaged, while Zubaidi’s company was a branch of Qalai’s companies established for Bashar al-Assad and Rami Makhlouf. 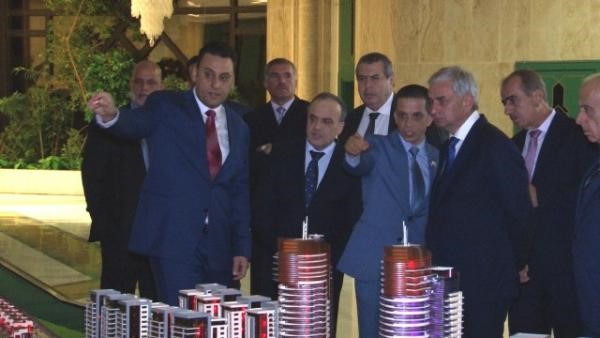 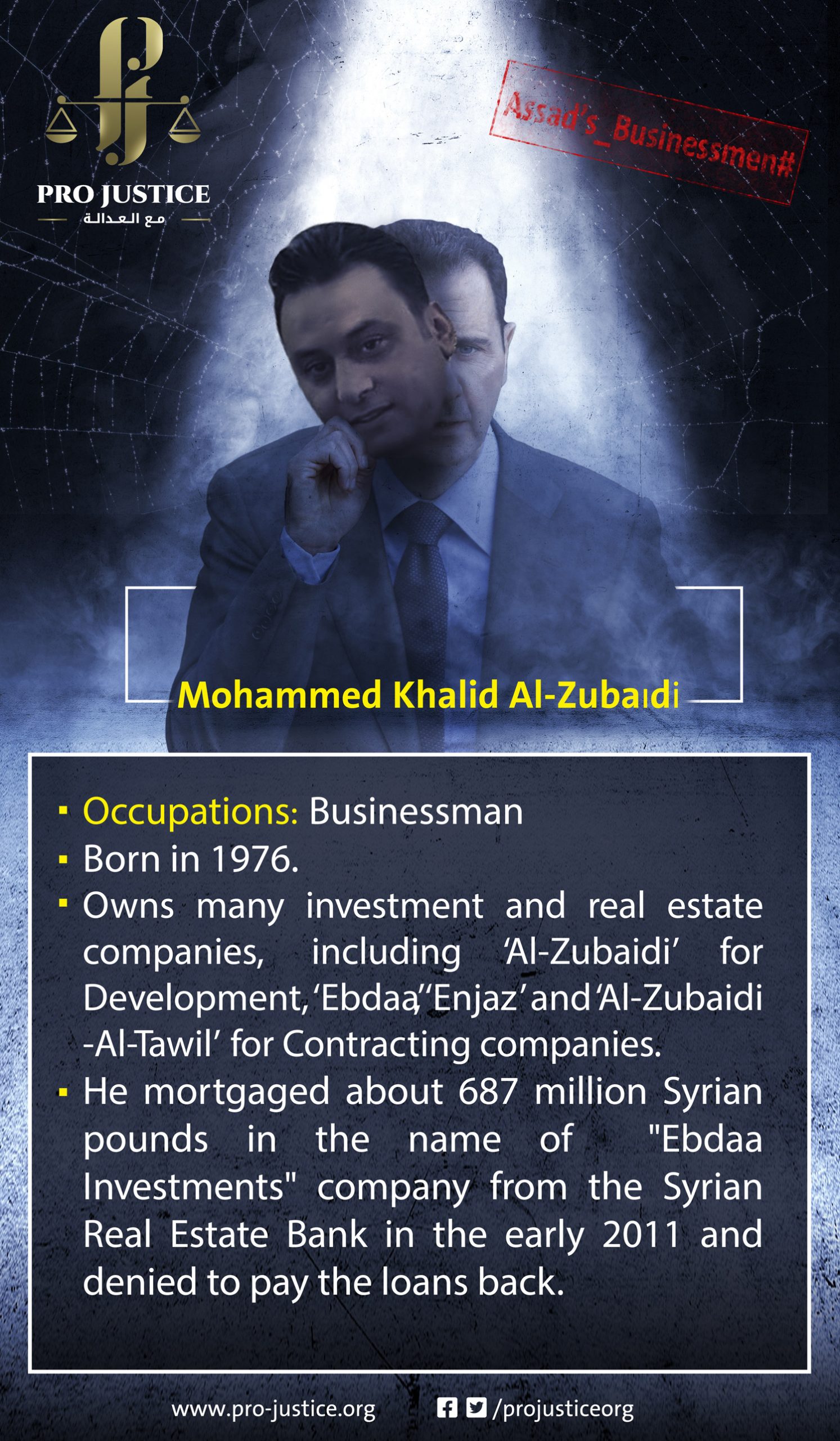