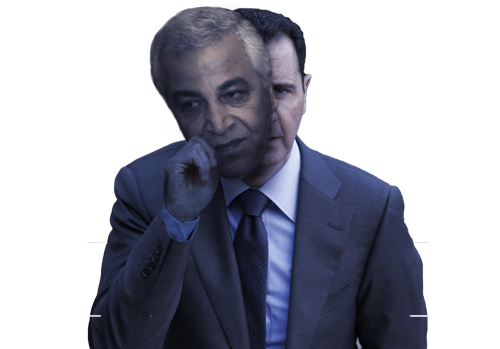 Nabil Toumeh (b. 1957, Damascus) splits his time between the practical scientific and economic fronts of the regime. He obtained his doctorate in Mechanical Engineering from Odessa University and a doctorate degree with honors in humanities and world culture from the Italian St. Vedis University, he also holds a diploma in intellectual engineering from Technical University in Germany.

He is also a member of several civil and intellectual committees, including: 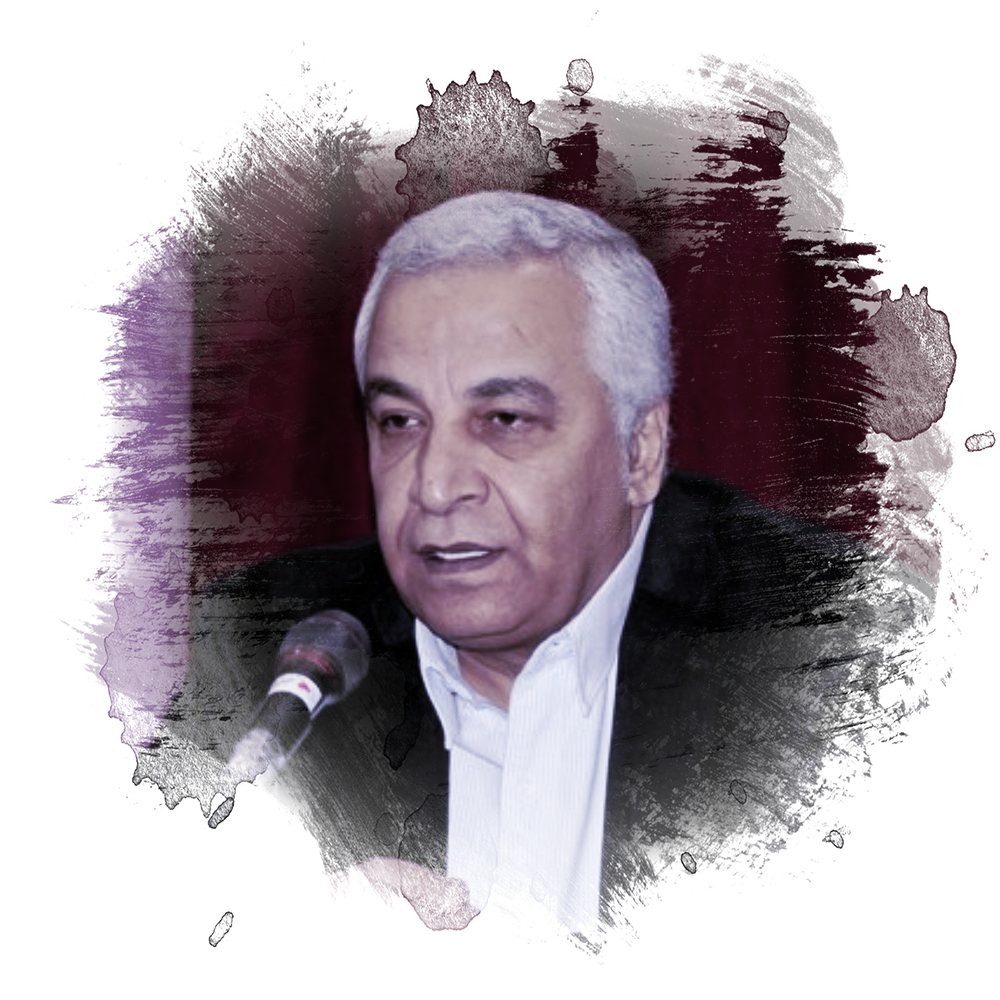 Although he held all the above titles, this did not prevent him from aiding the regime in their oppression and war crimes. He kept appearing on TV and media, justifying the regime’s violations, and at the same time, he utilized his companies to serve the regime and helped it avoiding sanctions. The most prominent companies affiliated with Toumeh International Group are:

He is also one of the funding contributors to the pro-regime Addunia TV channel. He also provided the security service divisions with computer hardware through suspicious deals won by his companies, which it later turned out were arranged with the encouragement of Maher al-Assad, to whom Nabil Toumeh is a commercial front, and helps to launder his money.

Sources indicate that Toumeh is pursuing pro-revolution artists, through his art production companies, and pressuring them to return to supporting the Syrian regime, and in exchange for those efforts; the regime grants Toumeh Group priority in tenders and transactions.

In 2018, Toumeh partnered with another businessman, Haitham Joud, in two projects, Damascus Towers, and Movenpick. Prime Minister Imad Khamis visited the location of those projects accompanied by several ministers and assured Toumeh that the government is ready to provide all the facilities needed by the two projects.

In addition to using his art projects, and companies to serve the regime’s agenda, Nabil Toumeh used his background in journalism to write 54 articles serving the regime’s propaganda on the People’s Assembly’s website, along with organizing symposiums, lectures, meetings, and artwork. 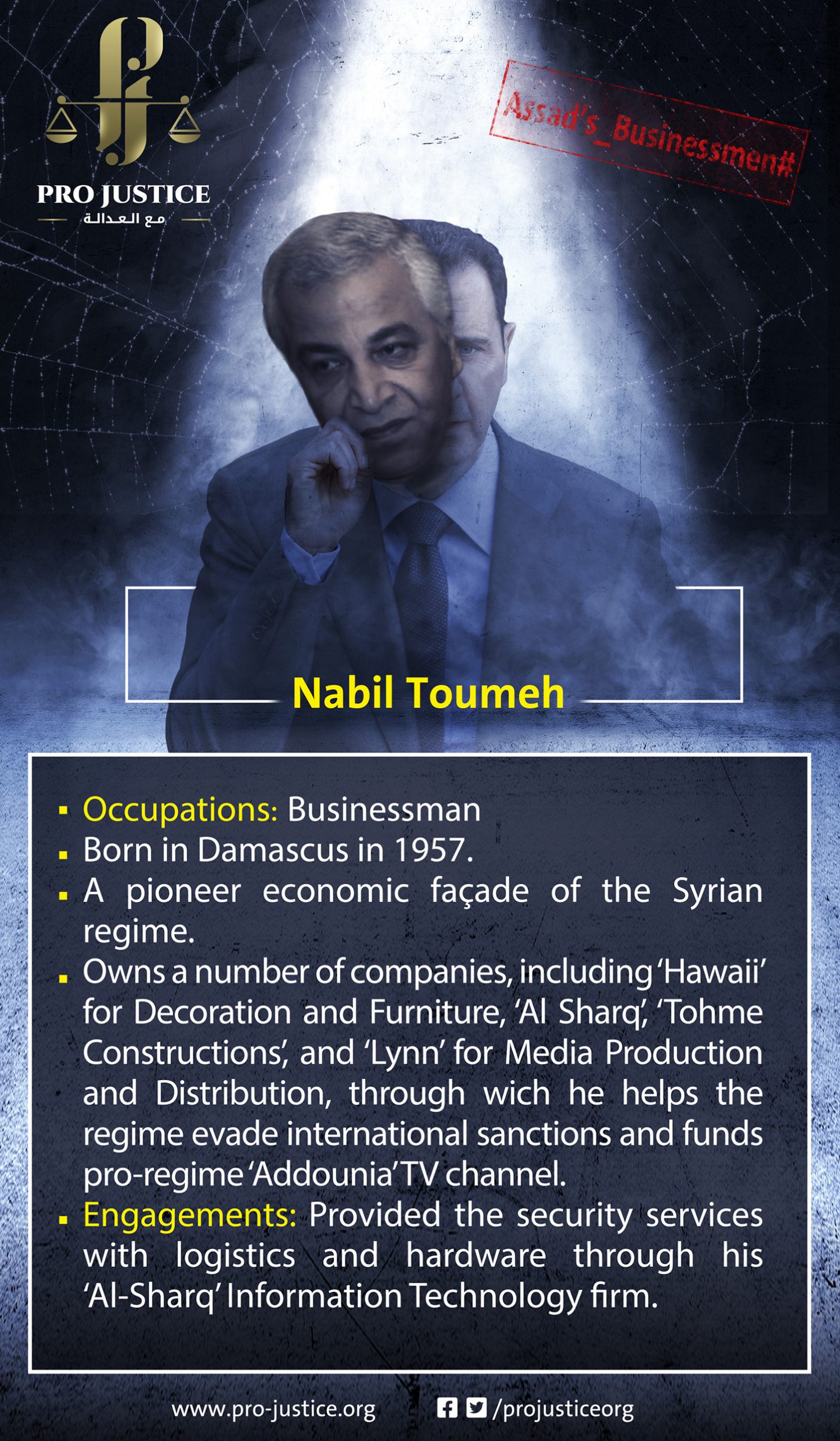