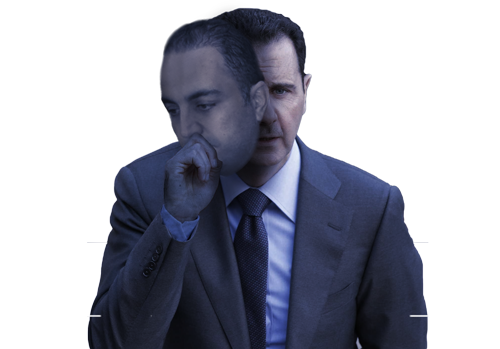 Wassim Quattan (b. 1976, Damascus) got his college degree in fine arts from Damascus University. Wassim wasn’t well known in the business sector until recently, when he emerged as a founding partner in several businesses:

He is the Managing Director and co-founding partner of the Morooj al-Yassmin Company, which plays a large role in investing and managing tourism facilities. Quattan’s other interests include:

Wassim Qattan’s first appearance was when he invested in Qasion Mall located in Masaken Barzeh, the deal was valued as high as 1.2 billion Syrian pounds, in addition to 400 million pounds for repairs of certain sections of the mall, while the old investment contract was for 20 million pounds. The company was established on Jul. 10, 2017, and the deal was closed on Jul. 12, 2017, just two days after the establishment of the company was announced.

During the same period, Qattan’s name surfaced again when he won the investment contract for the Aljalaa Hotel located in Mezzeh Highway area, also two days after his company Morooj al-Yassmin was established on Mar. 13, 2018. 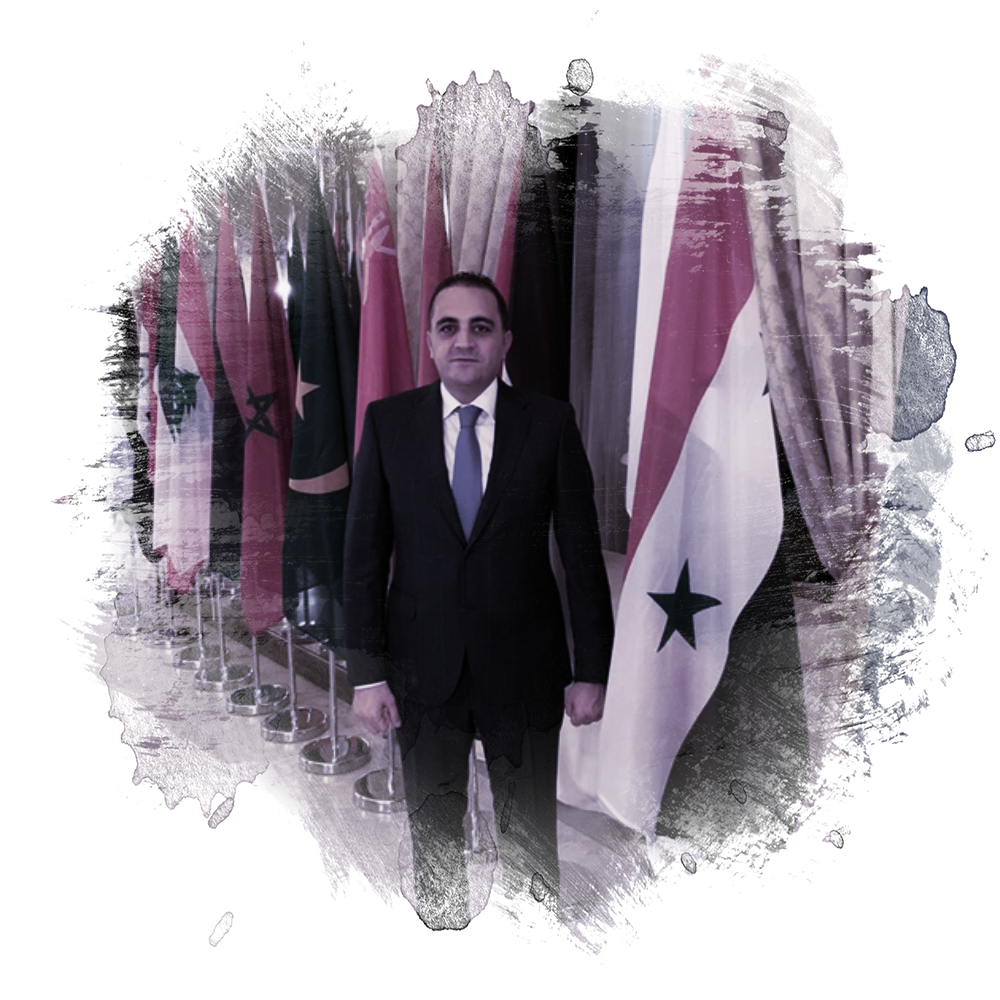 On Aug. 20, 2018, Damascus Governorate (which holds 51 percent of the shares in Massah Plaza Mall in Malki Av) closed the mall down and handed it over to Wassim Qattan. He offered 1.29 billion Syrian pounds for the mall, although the original contracting company, Hakim Bros Co. (which owns 49 percent of the shares) didn’t terminate the contract, and still have 13 years remaining on the contract. According to Ghali Hakim who confirmed that the governorate started the hand over procedures, even breaking into and entering into Hakim’s offices in the mall while he was absent, describing it a burglary operation.

Hakim explained that the governorate has been pushing for some time to terminate the partnership contract with Hakim Brothers for Trading and Contracting, pointing out that in 2017 they resorted to Law 106 of 1958 (from the time of the United Arab Republic), and issued Decision Number 742 on Oct. 9, 2017, declaring sector 81 West Abu Rummaneh a public property (acquisition by state), although it’s already a property of the state, pointing out that the decision was unanimously approved by the Executive Office of the provincial council.

At the end of December 2018, Wassim Qattan won an investment contract for the famous Yelbuga complex in Damascus for 1.02 billion Syrian pounds. It is worth mentioning that the work on the Yelbuga complex was started over 40 years ago by the Military Housing Foundation and has still not been completed. T he cost so far is over 700 million pounds, 10 times more than the original value set before the construction. This complex is one of the most prominent faces of the administrative and financial corruption in state institutions.

It is worth mentioning that Wassim Qattan does not have any commercial record history, and does not belong to any of the well-known Damascene trading families. Insiders believe that his sudden appearance is due to his work as an employee in Syriatel (owned by Rami Makhlouf), which explains the quick start of this unknown man. The regime uses such methods, where an unknown person gets funding and huge state-related investment projects, through companies newly launched (a couple of days before unsealing the investment offers. 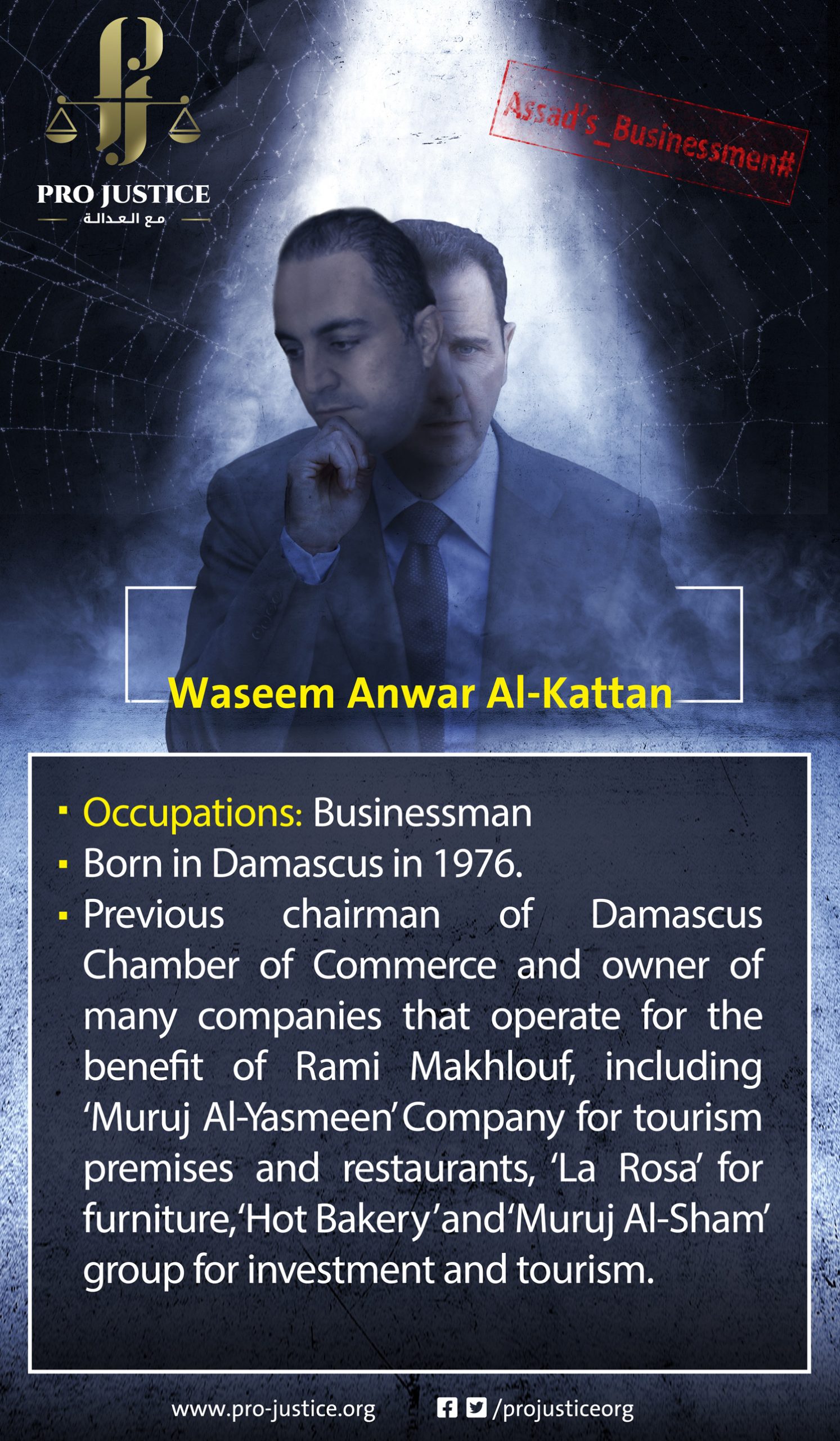